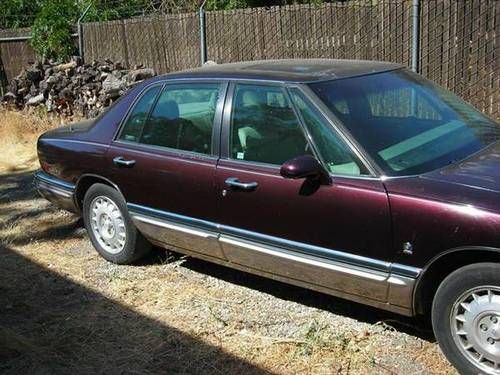 Condition: UsedA vehicle is considered used if it has been registered and issued a title. Used vehicles have had at least one previous owner. The condition of the exterior, interior and engine can vary depending on the vehicle's history. See the seller's listing for full details and description of any imperfections.Seller Notes:"some paint fading and rear view mirror fell from sitting in the sun. Replacement stock stereo I bought needs to be hooked up. Needs small wire job from stereo being ripped out of the dash: air blower wire, brake light warning buzzer wire, Stereo harness is all in tack, just didn't install replacement stereo to keep dash access opes to fix the small wire job 1st. Driver pull handle needs a new mount screw and cap. Driver window motor is operating slow. Needs small weld or bracket on exhaust pipe. One of the belts fall off once in awhile, but have only bought new belts and haven't adjusted the tension at all. Looks like it needs a new small pully that is next to the alternator. Just a few minor things, otherwise it's an awesome find. Exterior: Some small scratch marks, some light,sun fading, no dents but some small dents on the bumpers. Just wanted to list what I do know of any defects. Clean title, non op registered, passes smog."

1995 Buick Park Avenue Ultra Supercharger
***low 85,745 miles***     ***very clean***
1995 Buick Park Avenue Ultra Supercharger with Grand Touring Suspension.low 85,750 miles /very clean.... Power everything, Grand Touring Suspension, all leather, auto sunroof, A/C Heat, replacement stock stereo (in box), Cruise control ABS, seat warmers, new battery, new belts, very low miles...only 85,745 orig miles on it.. This is a car I bought for my daughter but she only drove it for a short while, so it's time to sell it. It drives nice, runs great. The color is Burgundy with light grey leather inside. Minor defects: Some paint spotting beginning from sitting in the sun parked. Orig stereo was stolen, I have a new one in box needs to be installed, and a couple wires need to be hooked up because it was stolen out of the dash. Details listed and pics.