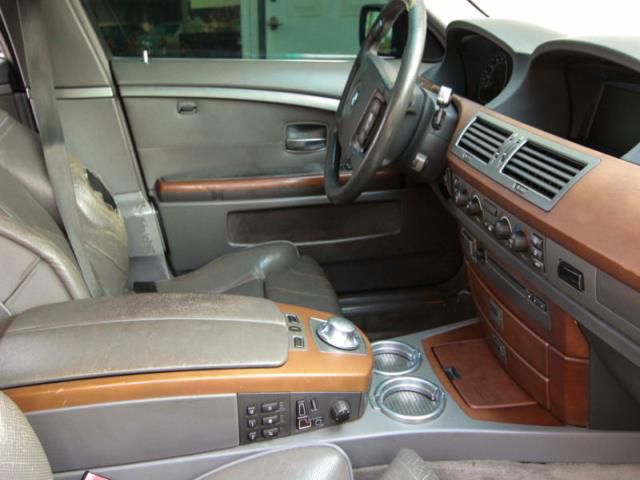 HI EVERYONE, UP FOR GRABS IS AN AWESOME BEAUTIFUL 2003 BMW 745LI. IT HAS BACK POWER SEATS, SHADES, FULLY LOADED AND A $12,000 BODY KIT INCLUDED. THIS VEHICLE HAS NEVER FAILED ME UNTIL THE ENGINE WENT OUT. FOR OVER 200,000 MILES THAT WAS AN AWESOME EXPERIENCE. BY FAR THIS IS THE BEST VEHICLE IVE EVER OWNED.