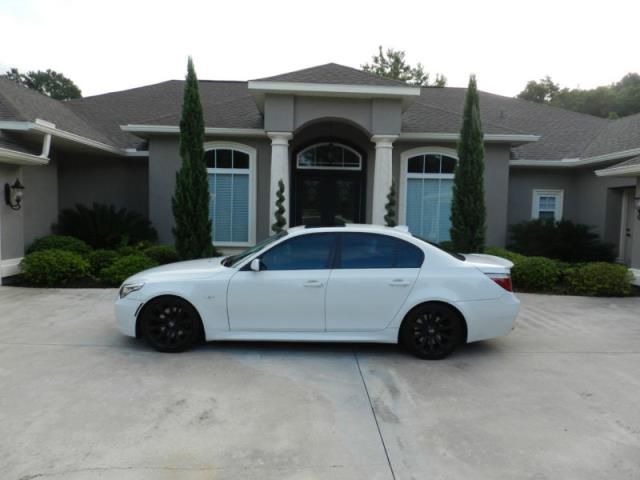 Haile Jewelry & Loans 2725 SW 91st Street, Suite 140 Gainesville, FL 32608 (352) 472-3178 2009 BMW 535i with M-Package 68,228 Miles HJL:Diddy You are viewing a beautiful 2009 BMW 5 Series 535i with an upgraded M-Package. M-Package includes: Body kit, wheels, rear spoiler and exhaust. Car is previously owned and currently has 68,228 pampered miles. Car features a white exterior with full black leather interior and a wood grain trim package. This car has all the bells & whistles offered by BMW. Car is in excellent overall condition with no known issues. Car has been maintained on a regular schedule and the tires have recently been replaced so they should have the full life as well the car has a brand new battery. Alond with the car will be 2 sets of keys. I have done my best to provide good and accurate photos of what you will get if purchased. This car is absolutely beautiful!! Please contact us with any questions.