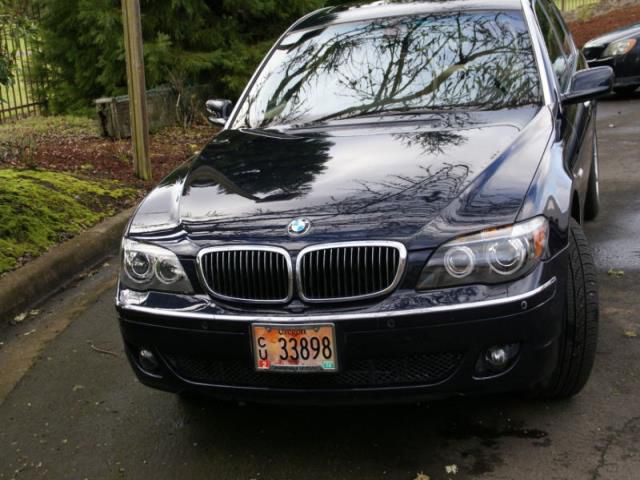 BMW 750 Li for sale by owner. This vehicle, is in immaculate condition. In addition to the usual features, car has the Cold Weather Package, with heated and cooled seats, driverâ€™s seat massage, heated steering wheel and a ski bag pass through from the trunk. Also features 19" wheels, electric rear and side curtains, satellite radio, blue tooth telephone connection and premium sound system. Doors unlock when you approach the vehicle, and doors & trunk pull themselves closed electronically. Parking warnings with audible as well as visual assist. Recent full set of Pirelli tires installed. T his car has been serviced impeccably, and it has required zero repairs. One wheel rim has been roughed up by a curb, but can be replaced with perfect, identical spare. More powerful than my lighter 540 sedan and better gas mileage in spite of its heavier footprint. Without question, the best of several luxury cars I have owned.