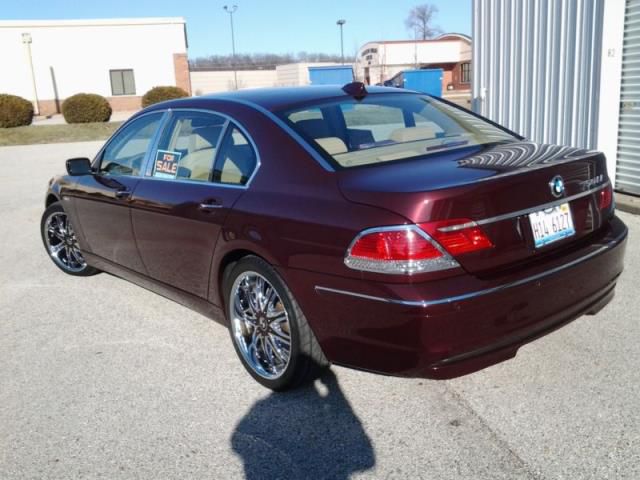 This is a SMOKE-FREE vehicle and the interior is in extremely good condition as well as the exterior. The BMW color is called Barbera Red. It is a rich dark burgundy that is rarely seen. It has 20 in. custom wheels and new tires with less than 1,000 miles on them. The German technology on this car from 2006 is still amazing to me as I am still discovering features that I was not aware of. It has comfort-controlled seats that grab you when you get in and adjust in 12-14 different ways along with BMW 'iDrive', Navigation, Satellite radio, Multi-disc CD changer and CD, Integrated Telephone system, Moon roof, Climate control seating, Built in alarm, Rain-sensor windshield wiper system.