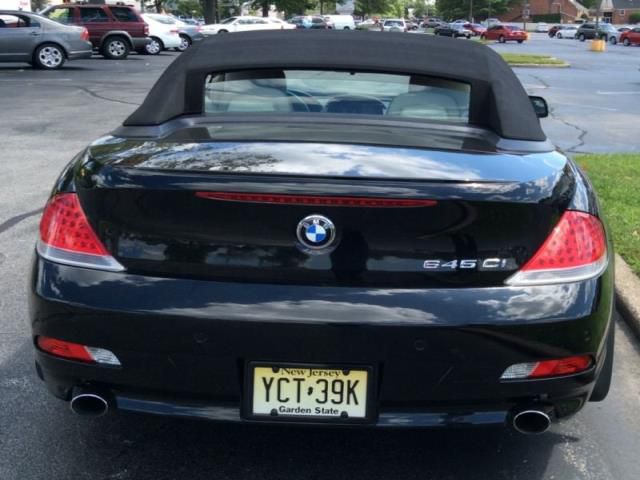 This Garage-Kept , and Lightly/Locally Only driven , only on sunny and nice days ( no rain or winter days) , 2005 BMW 6 Series 645CI 2DR Convertible is very, very clean and has less than 22,000 miles. Please see Images Has been meticulously maintained by its present owner for the previous 10,000 + miles. It Includes 4 Additional Chrome Rimes with the BMW Logo ( aftermarket purchase), Plus 2 Authentic BMW Front Seat Covers ( Please see images)