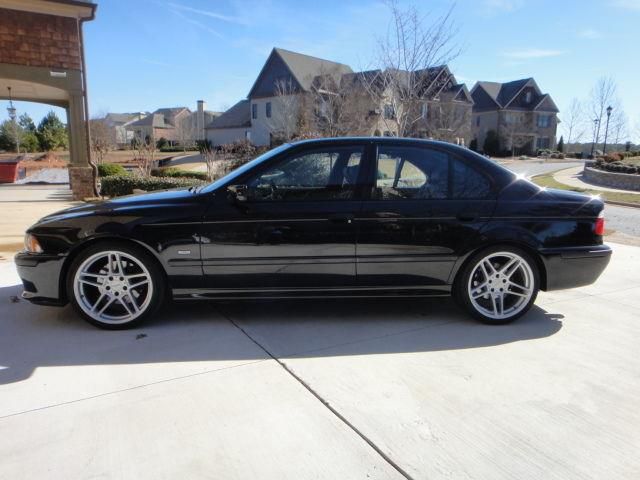 2003 BMW E39 540i DINAN 5 M-Sport package. Very Rare car one of 1265 M vehicles produced for 2003. M5 Performance at the cost of a 540i maintenance, with iconic looks (considered best mass produced sedan in automotive history - look it up) This car is a dream, it drives like a dream, & it drives better than 99% of the cars on the road today. This is the best car I've ever driven. You won't be disappointed when you see the car and test drive the car. If you dont like it after test drive, I will refund your deposit. Must see and drive to believe it. Fun to drive, a lot of power and torque. 78,700 miles Excllent condition inside and outside Black on Black Self leveling HID headlight Power rear window shade Side rear window shades Fold down rear seat Sport auto transmission Premium DSP Sound system Pixel in dash display 100% operational AC Schnitzer III RONAL aluminum wheels Front: 8.5J X 19 (245/35/19 tires) 80%-90% tread remaining Rear: 9.5J X 19 (275/30/19 tires) 80%-90% tread remaining