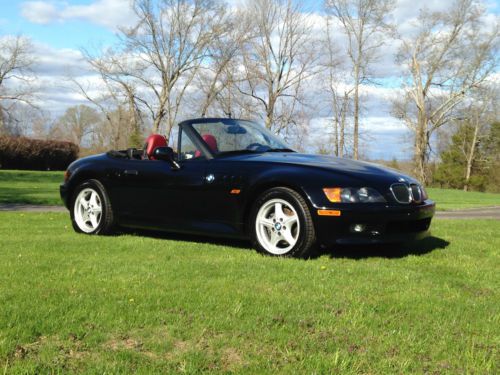 Comparing Nürburgring Nordschleife lap times is a bit of a black art, especially when looking at times officially set by manufacturers matched against other sources. Driver skill and weather conditions play a huge roll in determining a quality time. Still, it appears BMW fans have reason to celebrate because the new M4 Coupe beat the previous-generation M3 by 13 seconds in a recent test by Germany's Sport Auto magazine.
Sport Auto conducts what it calls the Supertest, where it runs performance cars around the 'Ring and the short course at Hockenheim to create its own database of comparable times. The M4 with a dual-clutch transmission, ceramic brakes and Michelin Pilot Supersport tires managed a quality 7 minutes 52 second lap around the 12.8-mile course, compared to 8:05 from the last M3, according to BimmerPost. The new coupe also beat the magazine's posted times for the Audi RS5 Coupe, which did it in 7:59, and Mercedes-Benz C63 AMG with an 8:01, but couldn't quite match the 7:44 set by a 911 Carrera S. Still, BMW must be somewhat pleased with these results of its new 425-horsepower coupe because it posted the magazine's cover and an image of the time on its official M Facebook page.
While the M4 apparently stands up to contemporaries and predecessors, new generations of the AMG and RS models are reportedly on the horizon. In other words, more tests will come.

The 2015 BMW i8 is the second model in the Bavarian automaker's eco-friendly i-branded lineup. The i8's plug-in hybrid powertrain combines a turbocharged 1.5-liter three-cylinder engine with a 96-kilowatt electric motor to make 357 horsepower and 420 pound-feet of torque. Together, this gas-electric mechanical duo is capable of propelling the groundbreaking carbon-fiber sports coupe from 0 to 60 miles per hour in just 4.2 seconds.
Join Translogic host Jonathon Buckley as he heads to Santa Monica, CA for a chance to drive the all-new BMW i8.