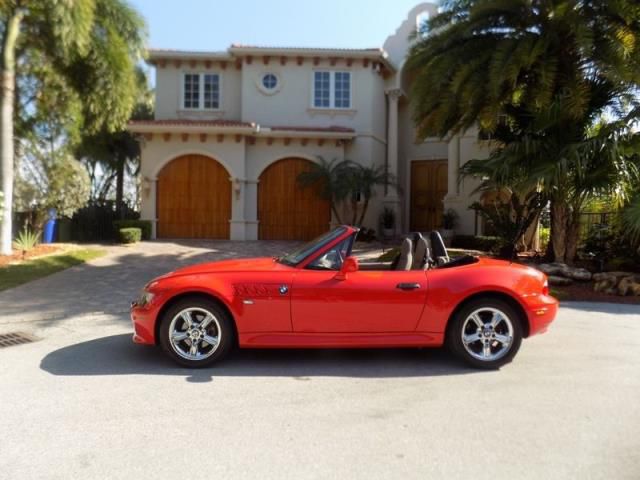 2001 BMW Z 3 Roadster with a 2.5 Liter engine and only 34,927 original miles. The bright red paint is like it looked when it came from the Factory. Its 100 % Original and looks like new in every way . No dents ,scratches etc. The tan leather interior is also stunning. It looks just as new. There is no wear on the seats whatsoever, the carpets, door panels , dash , and center console area are all pristine with no flaking scratches etc.The Soft top is brand new and is black. Inside the car you will find it to be very well optioned. It comes with the Steptronic transmission that allows you to drive in manual mode if you choose too. The power window;s ,locks, cruise all work perfectly. It has a power top and it also works flawless. The Original am/fm cassette radio sounds very nice and also has the optional CD changer in the trunk . Heated seats and Dynamic Stability Control round off the electronics on the inside.
If you have any concerns or questions please email me and I will respond quickly : thorpecordelltjh@monemail.com