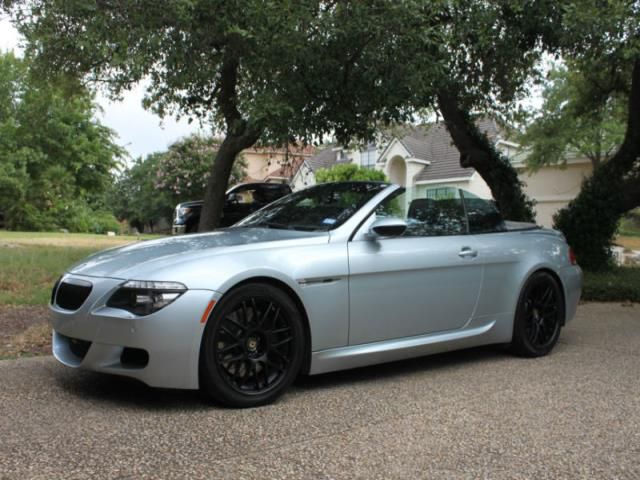 Prestine BMW M6. In perfect condition. Over 10K in upgrades. Custom exhaust, wheels, and built in K40 passport radar detector with front and back sensors . Car has another 4 years bumper to bumper warranty up to 75k miles from Carmax. One of the best extended warranties out there.Car is always garaged and not a daily car . In showroom condition . Brand new tires . Service records all up to date and all done at BMW dealer. Car has clean service history with no problems whatsoever.

Steve Dinan has been enhancing BMW models since 1979. But don't throw his company into the ring with the dozen or so other tuners who tweak, tinker and piggyback upgrades on the famed German marque. Dinan is a tuner, but it's also an engineering firm that writes its own software, builds its own parts and then backs everything it does with a factory-grade warranty. That sort of fastidiousness comes at a price, but most of its customers - including the powerhouse of BMW Motorsport - rely on Dinan to help them come out on top.
In stock form, BMW's 550i is a formidable four-door with a twin-turbocharged 4.4-liter V8 rated at 400 horsepower and 450 pound-feet of torque. While those figures allow it to run with quick company (0-60 in 5.0 seconds, according to the automaker), Dinan puts the sedan's kettle on full boil with its S3 package. Starting with the engine, the performance engineering firm bolts on larger turbochargers, air-to-water intercoolers, a trick strut tower brace cold air intake, a quad-pipe free flow exhaust and its own engine management software. Pump in some premium fuel, and the result is 542 horsepower and 587 pound-feet of torque. Power is sent through the stock eight-speed automatic to a limited slip rear differential (Dinan will upgrade xDrive all-wheel drive models, too).
The Dinan S3 also features and extensive suspension upgrade that includes new front camber arms and low compliance rear control arms (engineered to reduce understeer and improve turn-in). The stock dampers are retained, but new bump stops are installed along with new springs. Overall, the car rides about a half-inch lower than stock to improve roll rate. To reduce unsprung weight, forged 20-inch HRE Performance wheels are fitted at all four corners (wearing Michelin Pilot Super Sport tires - 275/35ZR20 up front and 295/35ZR20 in the rear). Lastly, the company remaps the factory Electronic Damper Control (EDC) software with its own Dinan Shockware to work in conjunction with the new enhancements.