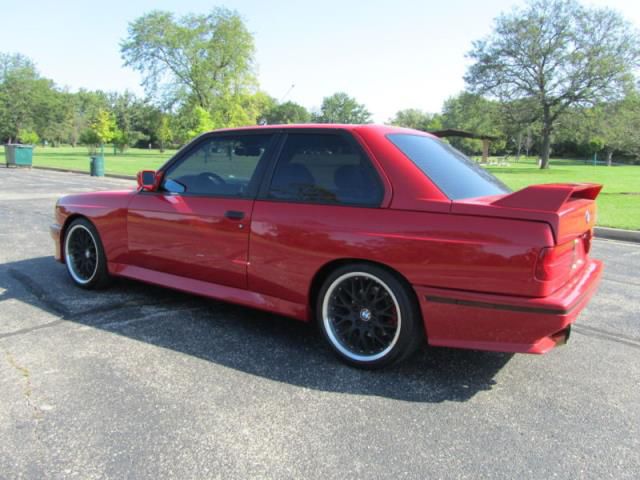 original paint clear coat was starting to fade and de-laminate. What started out as a paint job became a full blown restoration to this BMW classic, I have listed everything done to the car in detail below. When the car was brought to the body shop the front and rear bumpers, trunk, hood, sunroof, mirrors, side skirts were removed and stripped down, as well as the rear side glass/side sills and the windshield being removed (anything that could be removed from the body to improve the final job was done) before proper prep and paint. After the exterior was fully completed, I started with the Interior and down the line with Electrical and Mechanical.

After almost 40 years on the market, there are probably few things the BMW 7 Series hasn't offered, but when it comes to the US market, one of those things just happens to be a diesel engine. That is all about to change, however, as BMW announced that it will unveil the 2014 740Ld xDrive at the Chicago Auto Show before sales commence later in the spring.
Offered only on long-wheelbase models with standard all-wheel drive, the new diesel 7 is powered by BMW's 3.0-liter inline-six producing 255 horsepower and a stout 413 pound-feet of torque peaking between 1,500 and 3,000 rpm. While BMW has yet to release any type of fuel economy figures, it did say that its diesel technology is usually good for an improvement of 25 to 30 percent over the gas models - just for fun, that means that the 740 Ld xDrive could get as much as 24.7 miles per gallon in the city and 36.4 mpg on the highway, but that's just doing the math and there is nothing official behind those numbers. Acceleration will take a little longer than in the 740Li xDrive (shown above) with BMW stating 6.1 seconds from 0-60 compared to 5.4 seconds for the gas model.
Another small increase over the gas version will be in price, with the 740Ld xDrive getting a starting MSRP of $82,500 (*not including $925 for destination), which is just a $1,500 bump over the 740Li xDrive. For comparison, the Audi A8L TDI starts at $78,800, while the previous-gen Mercedes S350 Bluetec was priced at $93,000. Scroll down for more info on the new diesel-powered 7 Series, and stay tuned to our live coverage from Chicago in a couple weeks as we'll have live images and hopefully more info.