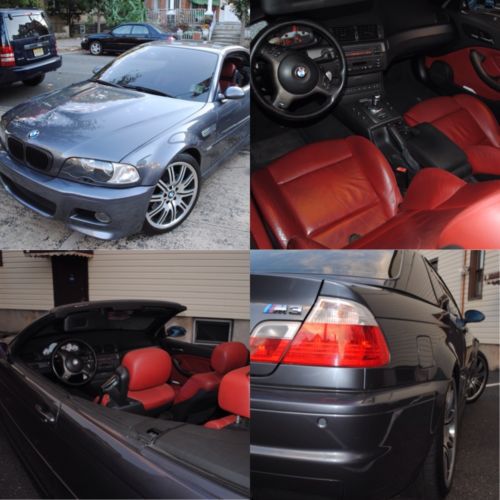 An E36 BMW 3 Series might be a good choice for a lot of purposes - a long road trip, a track day, rallycross, impressing your friends... but a full-on rally? It's rear-drive when the best rally machines are front- or all-wheel drive. But that didn't stop Pritt Koik and Alari-Uku Heldna from entering their stripped-out E36 in the Viru Rally in Estonia... or from getting some big air time when they did.
Fortunately the jump was not just caught on video... it was caught on video from three angles: two from the side of the rally stage and one from inside the cockpit. Check out all three below to see how this particular BMW got back into the aircraft business.

The cover may have officially been pulled off the BMW 2 Series Active Tourer at the Geneva Motor Show, but BMW has apparently continued working on other variants behind closed doors. While at first glance this prototype looks like any other Active Tourer, the "Hybrid Test Vehicle" stickers on the passenger door and rear bumper give it away as something a little different.
Details about the hybrid Active Tourer are somewhat sketchy at the moment, but BMW indicated its likely direction for the electrified hatchback in the earlier Concept Active Tourer. It used a hybridized 1.5-liter turbocharged three-cylinder engine coupled with an electric motor with a total system output of 190 horsepower and 147 pound-feet of torque. The company claimed that it had a roughly 19-mile electric range and could hit 62 miles per hour in under 8 seconds. However, the Bavarian automaker hasn't said yet whether this powertrain would be used in the production version.
The internal combustion 2 Series Active Tourer is rumored to come to the US in 2015. Given the nearly complete look of the test car, the hybrid might not be too far behind.