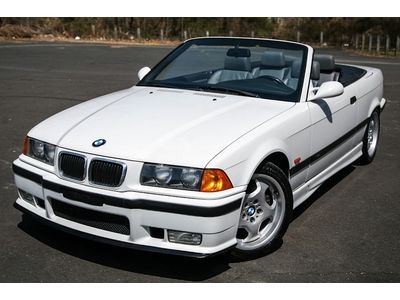 The 2015 BMW M4 looks to include all the necessary ingredients to offer dynamite driving experience. It's an M car after all. But in today's constantly connected world, the experience of hurtling a car around a track isn't always enough.
We want data, and while there are some solid telemetry apps available for smartphones (notably Harry's GPS LapTimer), manufacturers have been a bit slower to develop their own dedicated mobile telemetry trackers for their performance cars. With the new M4, though, BMW is taking the plunge, allowing drivers to track their lap progress through a new app, creatively called the M Lap Timer.
To show off the program, BMW has recruited touring car racer Andy Priaulx to perform a fast lap in an M4 at the UK's Brands Hatch circuit. The accompanying video doesn't do much to show off the app in action. Rather, it give us a stylized look at the metrics as Priaulx hustles BMW's hottest 4 Series coupe around the circuit.

BMW's performance division has been run by Dr. Friedrich Nitschke since 2011, developing, among other products, the new M3 and M4. But soon the good doctor will be retiring, and BMW has just named his successor.
Taking Nitschke's place as chairman of BMW M GmbH will be Franciscus van Meel (pictured at right), who until recently served as managing director of Audi Quattro GmbH - the rival outfit that makes Ingolstadt's performance models, including the R8 supercar and RS line of performance models.
Van Meel will join BMW on October 1, presumably to learn the ropes from Nitschke before the 59-year-old executive steps down at the end of the year. Back in January, Audi named Heinz Peter Hollwerweger as head of Quattro GmbH and reassigned van Meel to its Beijing R&D center, a role which evidently didn't suit him as well as creating Autobahn-storming German muscle cars.