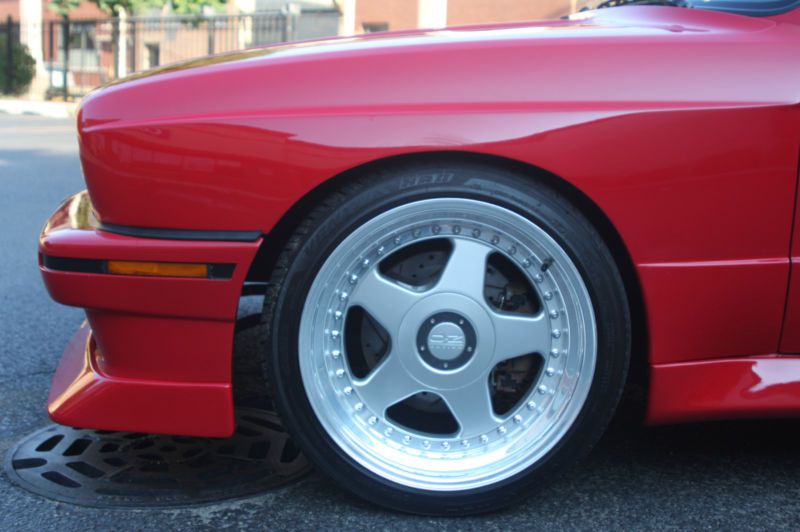 Just email me at: regeniarzzieschang@rumpypumpy.net .

1990 BMW e30 M3. This car has been fully restored and is in amazing condition. During the restoration the engine was pulled out and powder coated. The wheels that are the car are OZ futuras. Car has been painted inside out with Glasurit paint and clear. Upper engine/head has been rebuilt along with all timing components and all gaskets. The motor after the rebuilt has maybe 100 miles on it since I do not drive the car as it sits in my garage. OZ Futura 3 piece wheels H&r springs Bilstein shocks H&R sway bars Cross drilled rotors Super Sprint exhaust complete new BLK interior (tan/beige) originally Euro headlights Evo carbon fiber rear spoiler Evo front bumper lip Engine was rebuilt mainly the head and timing chain New clutch.