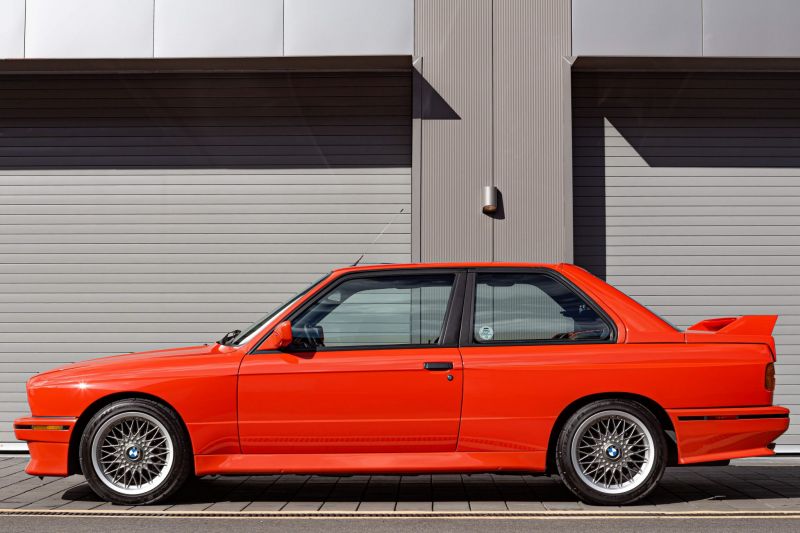 Send me questions at : lewaldwanja@gmail.com Stunning 1988 BMW M3 E30 is finished in Henna Red over black leather and is powered by a 2.3-liter S14 inline-four paired with a five-speed manual includes cruise control, air conditioning, a sunroof, and power windows, while modifications include Recaro front seats, 16" Sport Evo-style wheels, and aftermarket exhaust and suspension components.