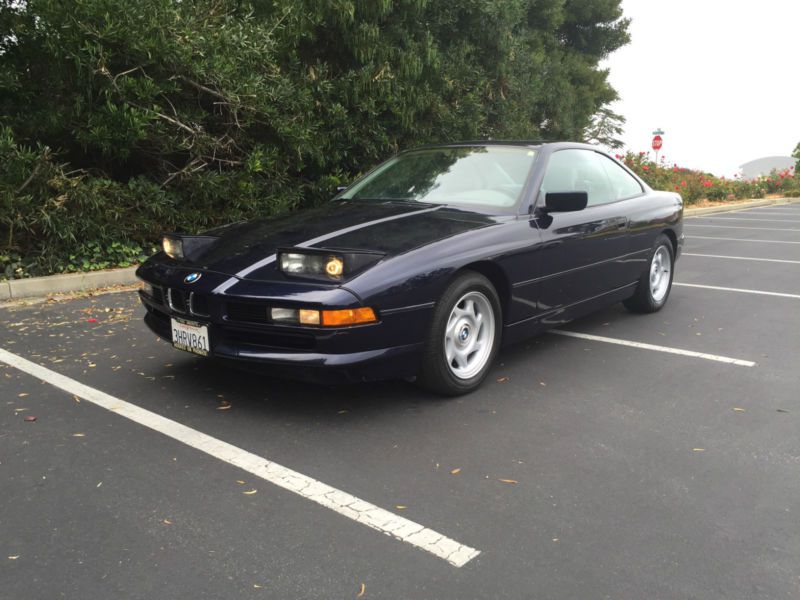 If you have any questions or would like to view the car in person please email me at: fabian.cisar@offensivelytolerant.com .

Selling my 1993 BMW 850CI with 49k miles. Has been in the family since 1993 and I have the original Bill of Sale
Contract from 1993 from BMW which will be included with the sale. The car is a survivor. The paint is faded, mostly
on the hood, but overall in good original condition for 1993. The car works great and was serviced at San Francisco
BMW regularly. This is the 850CI with the V12. Major Service (Inspection II) was completed in Summer 2015. An oil
change and fresh batteries were just installed. There are no warning lights or service lights on. The car was
purchased in Southern California in 1993 and never left the state. No Rust! Car passes California smog with ease.
The wheels are in excellent condition. No curb rash. The interior is in great shape, the drivers side bolster does
show wear. I kept it all original. The radio and OBC do have pixels out, but if you are a BMW lover like me, you
know these can be fixed easily. The factory alarm remote is included but works intermittently.