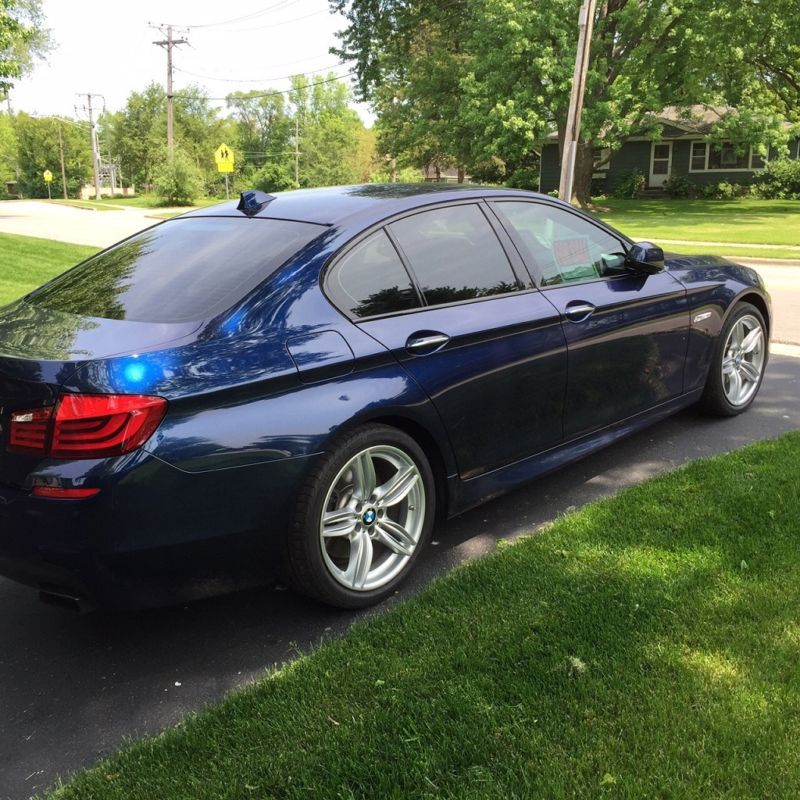 Feel free to ask me any questions about the car : rosemaryryyeargan@irishhome.net .

2013 BMW 550i Sedan with M-Sport package. Special ordered to get the blue in 2013 (we believe it is
Deep Sea Blue) with Everest Gray Dakota Leather interior.
This car is beyond loaded, with original MSRP of $91,320.
In-service date of 01/25/2013, it was first used by a high level executive of Autobahn BMW in Dallas. We purchased
it used in 2015, and ONLY because of a change in a work required vehicle are we selling.
Warranty and maintenance go on to next owner and valid until 04/25/2017 or 55,000 miles. Car is also under a CPO
Elite program until 01/25/2018. (Note, BMW stopped transferring these at some point with 2014 cars, but with this
car as a 2013, all of this transfers.)
Tonight it has about 28,050 miles, but listing as 28,500 as it will still be driven a bit before sale.
Other notable features include:
Driver Assistance Package (w/ Head Up Display)
Dynamic Handling Package
Luxury Seating Package
M Sport Package
Universal Garage Door Opener
Power Rear Sunshade
Heated Front Seats (and Cooled Front Seats)
Ceramic Controls
Xenon Headlights
Executive Package
Driver Assistance Plus
Rear Sunshades
Multi-Contour Seats
Park Distance Control
Active Cruise Control
Bang & Olufsen Sound System (amazing & rare on 5-series)
Satellite Radio