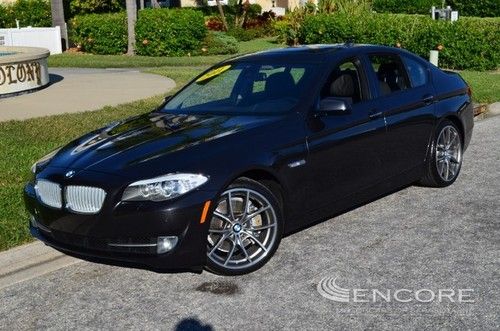 The luxury crossover market has been a huge success for BMW, having sold over a million X3 models worldwide since the CUV first went on sale in 2003, not to mention all of the momentum its had with the larger X5. At the Chicago Auto Show, BMW is unveiling the refreshed 2015 X3, featuring an improved design, a new diesel engine option, and a rear-wheel drive variant.
The X3 is getting some handsome upgrades to the exterior. The twin, circular headlights now extend to touch the slightly widened, chrome kidney grille, to bring the styling in line with the 3 Series and 4 Series. (LED headlights are now optional, as well.) The front bumper gets reshaped brake cooling ducts, and the rear bumper gets a touch of additional metal trim at the bottom. BMW has also added standard LED turn signals in the side mirrors.
BMW has enhanced the interior with added chrome trim, high-gloss black trim around the center console, sliding covers for the cup holders and new interior upholstery designs. The X3 is also getting a major boost in optional technology - there's a new Parking Assistant, as well as an Active Driving Assistant with adaptive cruise control, Lane Departure Warning, Frontal Collision Warning, Pedestrian Warning, and City Collision Mitigation.