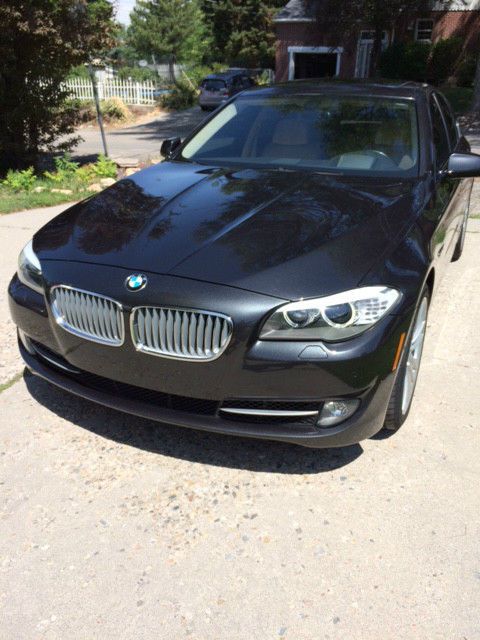 The wheels are one of the first things you notice when checking out the 2015 BMW Alpina B6 xDrive Gran Coupe. The 20-inch aluminum alloy rollers have 21 spokes that spray out from their hubs, creating one of Alpina's signature design features. But there's also plenty of function to go along with the stylistic form of this hotted-up BMW 6 Series Gran Coupe.
By rotating the Alpina roundel and unlocking the center hub, you gain access to the tire valve and bolts, which are hidden inside. They're literally kept under lock and key, and they protect your Alpina's wheels from the elements and theft. This unique center-fill system employing a hollow spoke isn't a new setup for the favored BMW tuner, but since Autoblog had one in our offices this week, we thought we'd take the opportunity to show the unique mechanism in case you haven't seen it before. Check it out in our brief video below.