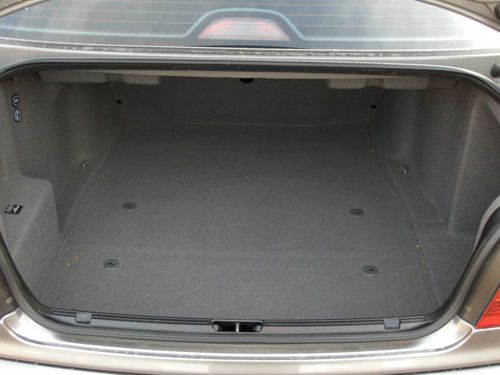 BMW M3 and M4 leak ahead of Detroit debut

Images of the overhauled BMW M3 sedan and M4 coupe have leaked ahead of a debut at next month's Detroit Auto Show, along with option sheets and some specs.
Both wear the standard hallmarks of BMW's M division. There's a subtle power dome in the hood, along with the requisite M3/4-branded strakes on the front fenders. The front and rear fascia are more aggressive than what we've seen in the 3/4 Series M Sport package, as well. Split-five-spoke wheels mean the neither car will stand out in the family portrait and those gold calipers, meanwhile, signify what has been rumored for some time - the M3 and M4 will be getting carbon-ceramic brakes.
The cabin is home to the standard suite of M accoutrements, including a new steering wheel and more heavily bolstered seats. Special trim, including carbon fiber, will be available to further set these cars apart from the standard models.

Just in case anyone was wondering how plug-in BMW cars would be received, the answer is apparently "quite well." After speaking with BMW's global sales chief last week at the LA Auto Show, Reuters has learned that the plug-in hybrid i8 sports coupe is already sold out for its first year on the market.
There is no word as to how many i8s BMW sold, but the first example was delivered to a customer last week in Germany. As for the all-electric/range-extended i3 hatchback, the automaker has received more than 10,000 orders for this model before it even goes on sale. Likewise, we don't know how many BMW plans to sell, but we do know they'll be showing up in the US before next summer.
We've already spent some time behind the wheel of both plug-in BMWs, and you can check out our first drive of the production i3 and our first drive of an i8 prototype.