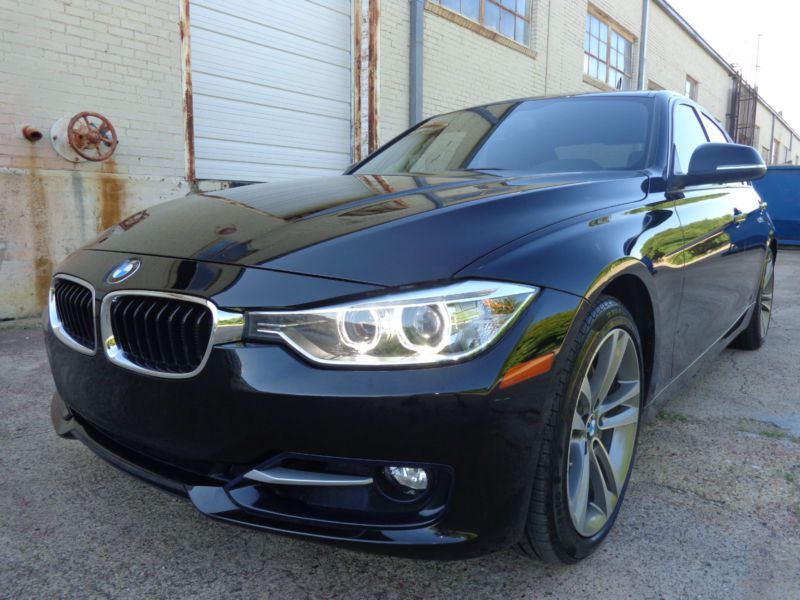 If you have questions email email me at: elayneevvassall@ttfans.com .

2013 BMW 335i Sedan Sport Line Edition that is Black Sapphire Metallic in Color with Leather Dakota Black/Red Sport
Line Interior.This BMW is a one owner Carfax Certified Accident Free vehicle that has been highly maintained.It was
a trade in at the BMW Dealership and comes with three equipment packages.It has the Sport Line Package,Premium
Package and the Technology Package.It also has Navigation,Heads Up Display,Sport Automatic Transmission,18 Inch
Sport Wheels,M Sport Suspension,heated front seats with dual power,Harman Kardon surround sound and much more.I
have taken a pic of the original window sticker that shows all of the options so please look at all of the pics.The
leather interior is a one of a kind as you can see and all power componets work and it is a non smoker.The 3.0
Liter Twin Turbo Engine is in pristine mechanical condition and you can inspect anytime.It rides and drives great.