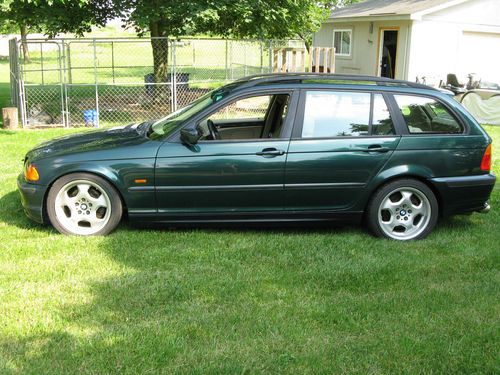 Condition: UsedA vehicle is considered used if it has been registered and issued a title. Used vehicles have had at least one previous owner. The condition of the exterior, interior and engine can vary depending on the vehicle's history. See the seller's listing for full details and description of any imperfections.Seller Notes:"Good condition, no rust, body has minor dings and scratches. Interior is good, some wear on driver side bolster and door handle, no cuts or tears."

This is a fun car to drive, handles great, holds lots of stuff and averages 25+ mpg city/highway...  This wagon is a factory ordered 5 spd. manual...