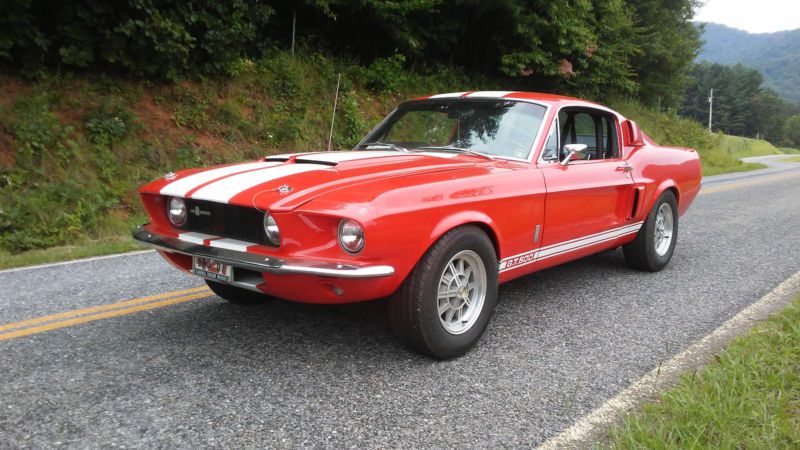 This is a 1967 Shelby mustang that is very rare and low mileage. It was a drag racer back in the day and by that
being said you should know its not a 100% factory assembly line matching #'s correct. The original owner back in
the day bought this car from J.D.BALL FORD in Miami Fl and within a week blew up the original engine and i was told
that the dealer picked it up from a drag strip and towed it to the dealership. With the warrantee still in effect
there was some disagreement between the owner and the adjuster after he found out where they picked it up at (DRAG
STRIP) , so the owner made a deal with them by buying a over the counter 427 hi performance engine and replace the
original 428 PI. The dealer installed the 427 and he was back on the road, so all in all its a dealer installed 427
engine. later the automatic transmission was replaced to a big spline 428 toploader transmission RUG-AE. the
interior is all original with hardly any wear.