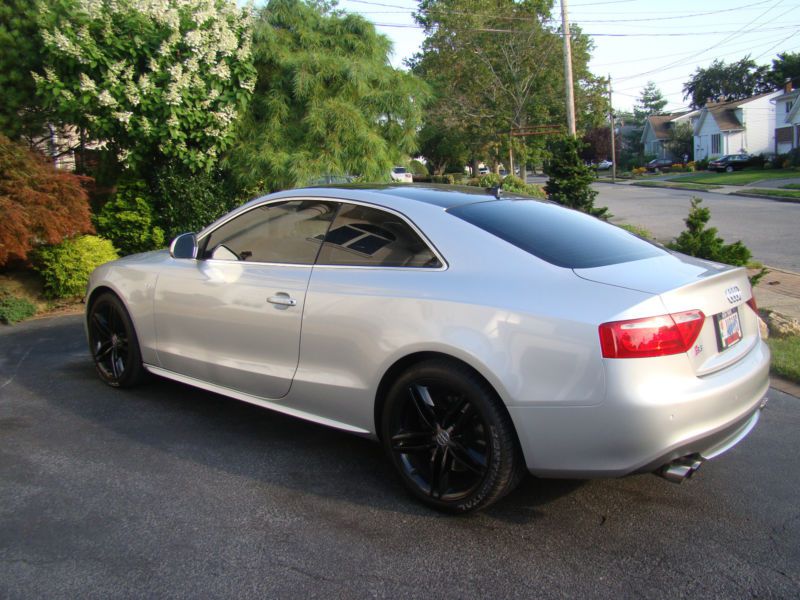 This Audi has a distinctive appearance and many extras that include:
-Black gloss roof wrapped by Speed World
-Powder coated wheels gloss black done by Elite Motor Sports
-Custom exhaust with 3" tips
-Resonator and muffler deleted but can easily be returned to factory origin
-Black S5 grill from Audi
-Continental Extreme All Season tires mounted and balanced by Elite Motors Sports
-Tinted windows
-Bang and Olufsen Sound System from Audi
-Blind Spot Side Markers from Audi

The stylish Audi TT first debuted in 1998, and while we've only seen two generations of the car over the course of 15 years, some 500,000 examples have been sold. To mark the occasion, Audi has created this special TTS Competition model, available as either a coupe or a roadster and limited to just 500 units.
Competition models are set apart from the rest of the TTS range by their unique paint colors - Imola Yellow and Nimbus Gray. Additionally, the limited-run TTS wears new five-spoke, 19-inch alloy wheels and features a fixed rear wing (like the one on the TT RS).
Leather upholstery is found inside the cabin, done up in steel gray with yellow accents. Of course, there are special numbered plaques on the door trims, simply saying "1 of 500."