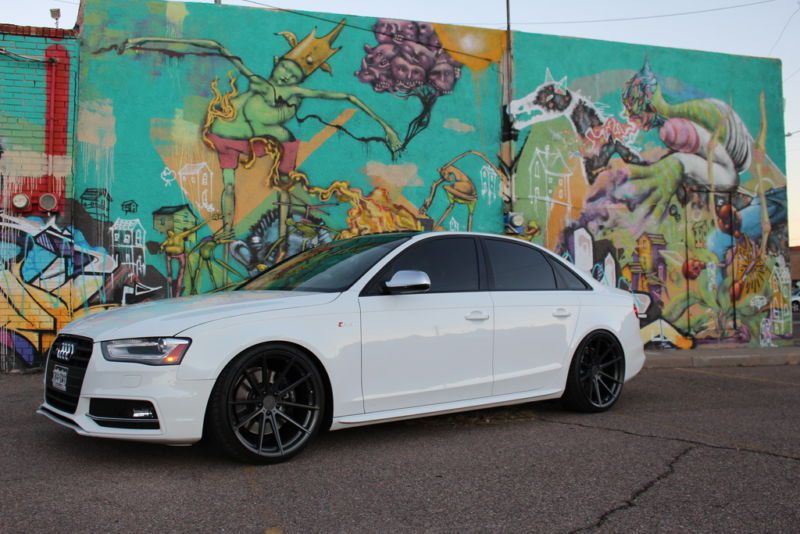 Just email me at: charisse.nekola@zoho.com .

The market for small premium crossover vehicles continues to grow in popularity here in the US, and Audi is finally ready to get in on the action. Going up against competitors like the BMW X1, Land Rover Range Rover Evoque and soon-to-arrive Mercedes GLA-Class, Audi will unveil a US-spec version of the 2015 Q3 at the Detroit Auto Show next week. And in what we can only assume is an amusing coincidence, the Q3 will go on sale during Q3 of this year.
As we reported back in October, it appears that our Q3 will boast a slightly taller ride height than its European counterpart, but Audi isn't releasing too much information about the crossover just yet. What we know for sure is that it will be powered by Audi's well-liked 2.0-liter turbocharged TFSI inline-four producing 200 horsepower and 207 pound-feet of torque. A six-speed automatic transmission and front-wheel drive will come standard, while Audi's Quattro all-wheel-drive system will be optional.
Visually, the 2015 Q3 shown here has a different front fascia design than its European counterpart, but it's not immediately clear if this is exclusive to the US model or if it will be a new element for Q3 in all markets. We don't expect pricing to be announced until closer to its on-sale date, but the Q3 will definitely be stuffed with content, even in base form. Audi has already confirmed such niceties as a panoramic moonroof, Xenon headlights and heated leather seats. Delivering a good amount of practicality for its size, the Q3 will provide a maximum cargo capacity of up to 48.2 cubic feet and 16.2 cu-ft with the rear seats in place.