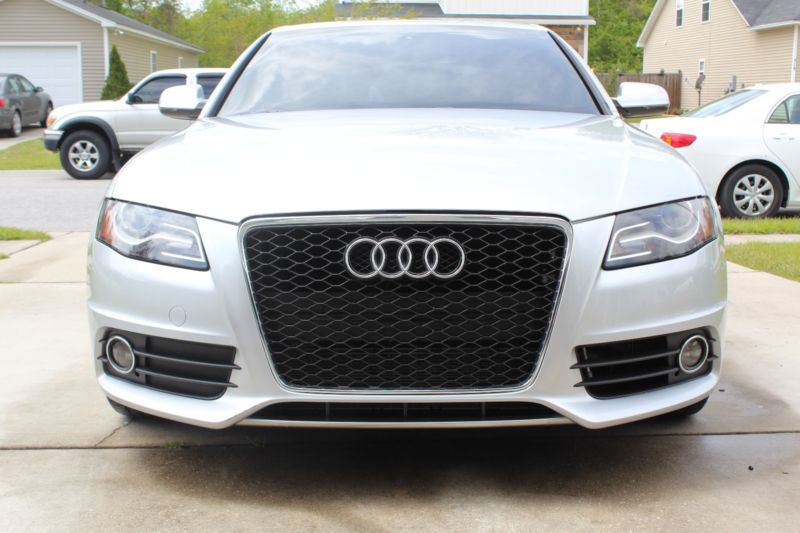 Feel free to ask me any questions about the car : lakitalmminshew@clubtriumph.com .

I am selling a 2012 Audi S4 premium plus with MMI. The car has an in dash infotainment screen with navigation and
bluetooth. The car has 54,XXX miles. I have the receipts for all the work, a copy of the original sticker, and all
maintenance was performed at McDaniels audi. Car makes about 450hp, which is about 400 to the wheels. Asking
$29,000 obo.
-AWE tuning intake and exhaust
-GIAC+ stage 2 tune
-AWE tuning supercharger pulley and belt
- Bluetooth ATI adapter which allows music to be streamed via Bluetooth, including Pandora,Spotify, or music on
your phone
-Audi RS4 style grill
- Recently had transmission, differential, and brake fluids changed out. Will be changing out the oil shortly.

Audi takes cars that park themselves to a whole new level

Autonomous cars are impressive displays of in-car technology, but what exactly would the benefit of such systems be for the average driver? Audi has answered that question by showing off its Piloted Parking system for the Audi Connect at CES 2013.
Installed on this Audi A7, Piloted Parking allows a driver to drop themselves off and have the car autonomously drive away on its own and find its own parking spot. The car can then later be retrieved by "calling" it back with a specially designed smartphone app. We'd be lying if we said this didn't bring back memories of Michael Knight summoning KITT with his wristwatch. The most impressive part of this car might be the fact that the car is fully autonomous but doesn't have any obvious sensors or monitors on the exterior of the car like many other self-driving cars have.
Check out a video of the this innovative technology in action after the jump.