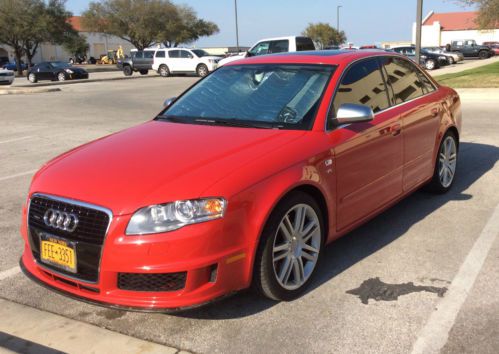 It's relatively common to hear about unethical valets taking a joyride and wrecking high-performance cars. However, a recent 'accident' in Monaco might be one of the weirdest cases ever. Of course, now the lawyers may get involved.
Andreas Belzek, owner of tuning firm Prior Design, was driving his highly modified, black with gold pinstripes, widebody Audi R8 (pictured above) to the Hotel de Paris in the famously rich city on the shores of the Mediterranean. Upon arriving, he was going to check in but wanted to park the supercar himself, which was against the hotel's rules. He protested to the valet but eventually gave in and handed over the keys. Then the problems began.
The Audi barely moved before the valet herniated a disk in his back and couldn't leave the car. The police and paramedics arrived to the scene, which had to be quite a crowd in a city as tiny as Monaco. To get the guy out, the rescue crew had to hook him to a special hoist and carry him out, according to Germany's Focus Online. Belzek claims the efforts to save the man caused roughly 10,000 euros ($13,622) in damage to the car's carbon fiber, Alcantara and Nappa leather interior.

Audi R8 LMX illuminates the City of Light with lasers

Hard as it may seem to believe, the Audi R8 has been around for the better part of a decade. But does that make us love it any less? Hardly, especially not when Audi keeps rolling out ever-more enticing versions like the one you see here.
Debuting at the Paris Motor Show, the new Audi R8 LMX is the most powerful version of the supercar we've seen yet, thanks to a 5.2-liter V10 engine tuned to deliver 570 metric horsepower. That's 562 by our count, making it ten horses more potent than the R8 GT, or 37 more than the standard ten-cylinder R8 5.2 FSI - enough to propel the LMX to 62 in 3.4 seconds.
That's not all that sets the LMX apart, however, as Audi has fit it with cutting-edge laser-beam headlights. It comes exclusively as a coupe in Ara Blue with carbon fiber trim, special wheels, red brake calipers and a black leather cockpit. Only 99 examples will be made, and with those laser headlights banned in the US, your best chance of seeing one is in the gallery of live images above.