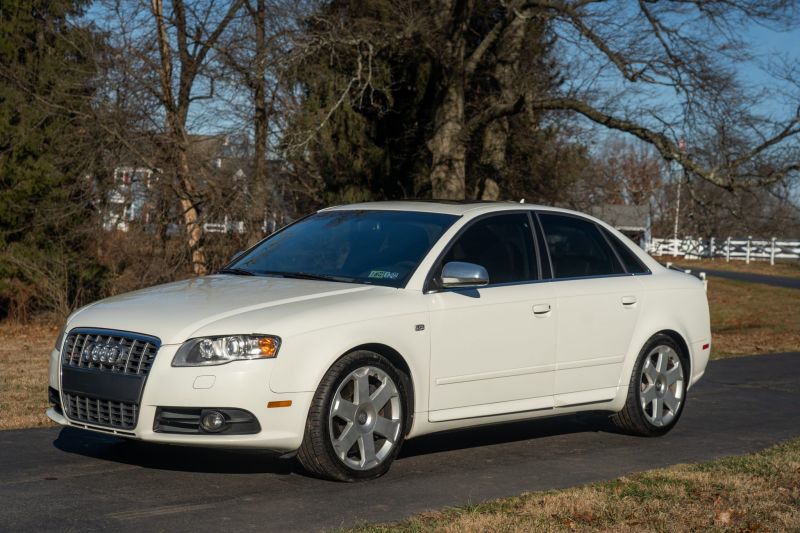 This 2005 Audi S4 sedan is finished in Arctic White over black leather and is
powered by a 4.2-liter V8 paired with a six-speed manual transaxle and a Quattro
all-wheel drive system. Additional equipment includes xenon headlights with
washers, fog lights, heated and power-adjustable front seats, heated rear seats,
a moonroof, an Audi Symphony stereo with Bose sound system, and a Milltek Sport
exhaust system. The car was first delivered to Audi of Willow Grove in
Pennsylvania and was acquired by the selling dealer in November 2021. Subsequent
work included an oil change and replacement of the tire pressure monitoring
sensors. This B7 S4 has 75k miles and is now offered with a vehicle maintenance
report, a clean Carfax report, and a clean Pennsylvania title.