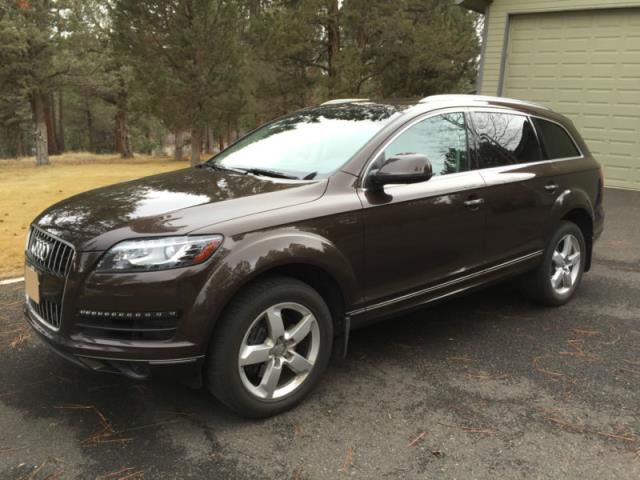 Quattro, the trademark name Audi has put on its all-wheel-drive system engineered for passenger vehicles, recently celebrated its five-millionth installation. The driveline has been offered in more than 140 different vehicles since its introduction more than three decades ago.
The all-wheel-drive technology made its world debut at the 1980 International Geneva Motor Show, beneath the floorpan of the Quattro Coupé, a low-volume two-door. It didn't take consumers long to embrace Audi's innovative approach. While most four-wheel-drive systems at that time utilized heavy transfer cases or second cardan shafts, Quattro was virtually tension-free, light, compact and efficient. Most importantly, enthusiasts found it was especially suitable for sports cars.
Today, the automaker offers Quattro on its full line of passenger vehicles and it is unquestionably successful (the technology enjoyed a 43 percent take rate in 2012). On models with transverse-mounted engines (A3 and TT), Audi uses an electronically controlled multi-plate clutch with hydraulic actuator. Under normal conditions, the clutch sends power almost exclusively to the front wheels (if wheel slippage occurs, up to 100 percent of the torque may be sent to the rear). Vehicles with transverse-mounted engines (A4, A5, Q5, etc...) use a self-locking center differential sending 40 percent of the engine torque to the front axle and 60 percent to the rear under normal conditions (it is able to send the majority of the power to the axle with better traction when needed). The highest-performing Quattro systems use torque vectoring to further improve cornering grip and speeds.

Audi A8 facelift on the way

The coming Audi A8 has already been spotted in camouflage on public roads at earthly elevations, and now our snappers have caught it at elevation in the Alps. The evolution will entail modified head- and taillights, different sculpting for the grille and a new bumper profile said to be more in line with the A6 S Line.
Inside, there might also be adjustments made to input controls like the gesture touchpad and the MMI infotainment system that include behind-the-scenes improvements like new Nvidia Tegra chips, but such revisions are expected to be minor. With the S8 and the TDI just having been launched, don't be surprised if engine outputs also remain the same. The prevailing sneaking suspicion is that we'll see the car unveiled at this year's Frankfurt Motor Show.