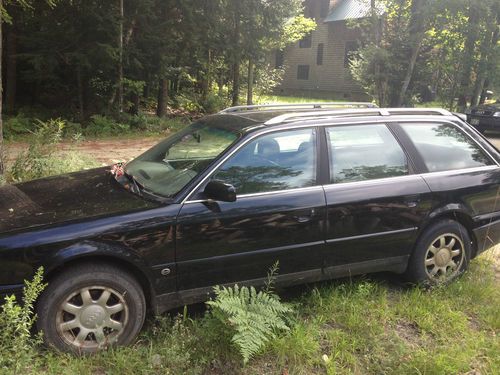 Condition: UsedA vehicle is considered used if it has been registered and issued a title. Used vehicles have had at least one previous owner. The condition of the exterior, interior and engine can vary depending on the vehicle's history. See the seller's listing for full details and description of any imperfections.Seller Notes:"Everything runs but the sticker just expired and it needs alignment work and the transmission has been acting funny, the rear light lens is cracked but it works, engine runs great, brakes seem solid, Quattro is amazing in the snow, loaded, leather, front tires are worn out"

This Audi has been a great vehicle and has been in our family for over 15 years.  It has provided great service but it is getting to the point where it needs to be inspected and needs work, it could be brought back into service or used as a parts car.  It sounds like the transmission might be going, it has been miss shifting.