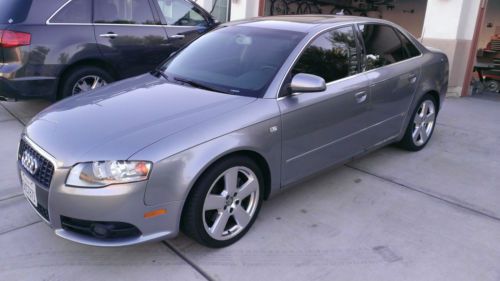 The performance station wagon is the mature person's muscle car. As we get older, it's natural to add things like spouses, kids and dogs to our lives and each one necessitates a little more space. That doesn't mean we want to give up spirited driving though, and a quick five-door offers a great balance between needs and wants. In the latest video from Evo, we take a look at two, muscular European estates to see which is faster around a track.
Richard Meaden pits the Audi RS6 Avant and Vauxhall VXR8 Supercharged against each other; seeing that the cars go about utilizing their massive performance in very different ways. The RS6's all-wheel drive and luxury interior make it more of a scalpel around the track compared to the Vauxhall's rear-wheel drive hammer. Both offer the driver the chance to create some very smoky powerslides, though. Sadly, neither of these muscle wagons are available in North America, but scroll down to get a taste of them in the video.

Audi and FAW to launch A6 E-Tron in China

Audi and its Chinese joint-venture partner FAW have announced that they'll be building a production version of the Audi A6 E-Tron Concept, shown at the 2012 Beijing Motor Show. Based on the China-only long-wheelbase A6, the plug-in-hybrid model is being targeted specifically at the People's Republic.
Audi is promising a 50-kilometer (31-mile) electric range for the fuel-sipping sedan, although there are precious few details beyond that. We do know, though, that this will be a Chinese-built vehicle, with assembly slated for the FAW-Volkswagen joint-venture factory in Changchun. We presume we'll find out more when the Beijing Motor Show kicks off a few weeks from today.
"We are the market leader in China's premium segment and will continue systematically with the application of efficiency technologies. Audi is thus supporting the Chinese government's targets for the reduction of fuel consumption," said Dr. Dietmar Voggenreiter, the president of Audi China.