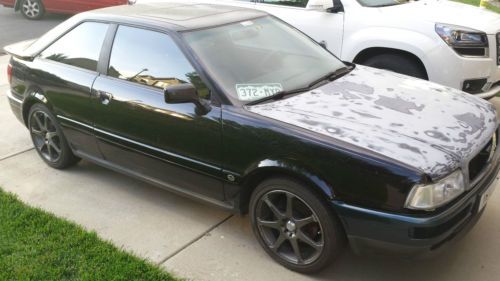 If you had to pick a winner between the latest Audi S3 and the original Audi Sport Quattro, which would it be? Both hot hatches pack around 300 horsepower and all-wheel drive, but they're separated by a good thirty years of development.
To find out, Audi took both to the old rally circuit in San Remo. Behind the wheel of the Ur-Quattro they put none other than The Stig himself - no, not the Top Gear test bot, but Stig Blomqvist, the Swedish former rally driver who drove the Quattro to the World Rally Championship in the mid-80s. In the S3 they put someone named Hermann Müller, who as best we can tell was one of Auto Union's original Silver Arrow drivers - but he died in 1975, so it's probably the guy who writes for the Audi magazine. Regardless, the contest was pretty close, so it's worth checking out in the 2:26 video clip below.