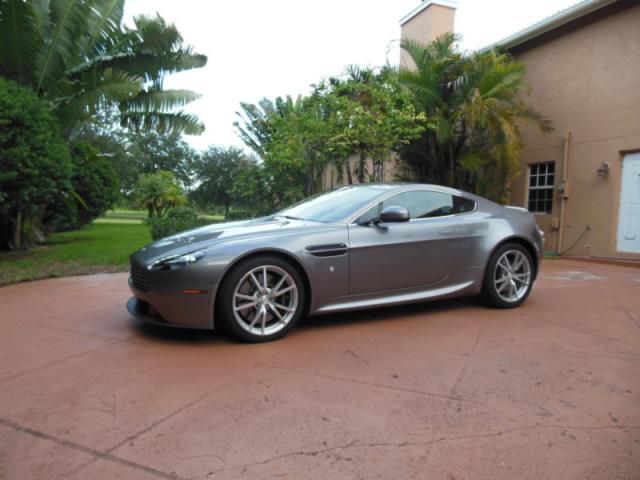 Always garage kept with ONLY 7965 miles. Exhaust system is upgraded to a QUICK SILVER high performance sport system, Dealership added item for extra $8,000. This car is fully loaded, has a CLEAN Carfax and is in PRISTINE CONDITION. Exterior color TUNGSTEN SILVER HB with OBSIDIAN BLACK LEATHER interior - James Bond colors - just not a DB9S. It comes with a responsive six speed manual transmission. Horsepower about 430, little higher than stock because of the exhaust system.. The paint is in flawless condition with no chips or scratches. The interior still has a NEW car smell. Options: Premium audio, Electronic seat adjustments and back up camera with pop up screen. This car comes with owners manual, GLASS MASTER KEY, and one spare key, parking sensors, HID headlamps with power wash, Blue tooth, cruise control, alarm system, heated seats and much more.....