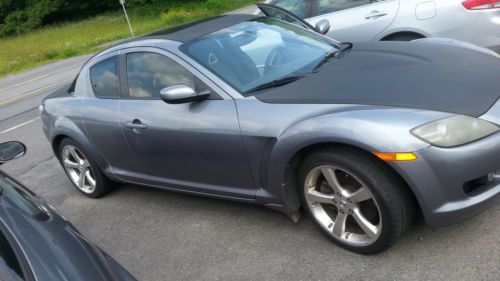 Thanks to our comrades at Top Gear Russia, the trickling reveal of the Mazda3 sedan has begun. We saw the hatch in person in New York (and loved it), and we wanted to see if the trunked version could hold onto the same mojo. If you like the Mazda6, then you should like the Mazda3 because it takes just about everything from its toothsome big brother and shrinks it into a compact package.
Top Gear Russia was allowed to share photographs of the Mazda sedan they call "Treshka" (or they leaked them, depending on whom you talk to), but not their drive impressions. The site page says it will come in four trims for the Russian market - Drive, Active, Active+ and Supreme - and offer three engines. Our specifications will certainly differ. Other than that, all we have to go on are the looks, which some may argue are even better than the hatch thanks to a trunk line that provides more balance to that long hood up front.
The Mazda3 will go on sale later this year and US prices should be announced in September. For the time being, content yourself with the gallery of high-res images above.