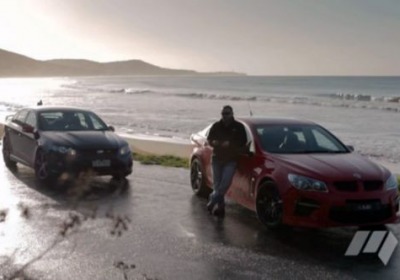 Australia's Motoring has put together a little video on two of the great performance vehicles available down under - the Holden VF Commodore HSV GTS and the Ford Falcon FPV GT R-Spec. And while both FPV and the Falcon might be on their way out, there's still plenty of time for a little head-to-head comparison between the two.

Predictably, it doesn't end too well for the Ford. As the guys from Motoring point out, the new VF Commodore is just too new and too good, with its extra power and its adaptive dampers (GM's excellent MagnaRide). Interestingly, Motoring did point out that the Holden's electric steering is better than the Ford's hydraulic steering, which is a lot like a Porsche purist saying they prefer water-cooled engines to air cooled.

The Aussie site did a full write up on the two vehicles, which we'd strongly encourage you to take a look at. It's a really solid read. You can also take a look at their video comparison, down below.