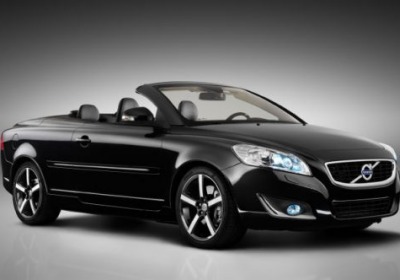 Volvo has already announced the end of production for its C70 hardtop convertible, a handsome but seriously dated offering that was last refreshed in 2010. Volvo won't be abandoning the two-door coupe-convertible market for long, though, as news out of Australia claims that a replacement, based on the striking Concept Coupe, will join the Chinese-owned, Swedish brand's ranks, although it's unclear precisely when we'll see it on the road.

"Eventually yes... as soon as possible," Hakan Samuelsson, Volvo's CEO, told the Drive, before adding, "when we are ready."

"The Coupe Concept car, we can put that into production and it will have an exposure on the brand. But at the end it's the cream on the cake and at the end you need the cake first before you put the cream on it," said Volvo's Senior Vice President of Product Strategy and Vehicle Line Management, Lex Kerssemakers.

Of course, he's referring to the rest of the Volvo range, which aside from the S60 are all getting a bit long in the tooth, a fact confirmed by Sameulsson. "We have new four-cylinder engines, we have new top hats on our XC90, our crown jewel which we need to replace and then we need to roll out replacement for S80, V70, S60, V60, XC60, so we have a lot on our plate for a relatively small company," said the CEO.

Well this might come as a blow to the fans of the C70, the fact that Volvo quite clearly has its priorities in order is a positive sign, and one we hope does end up culminating in a production version of the Coupe Concept.

See also: Volvo's plan for China: sell them on the clean air inside the car, Volvo finds a way to turn body panels into batteries [w/video], Volvo V60 Polestar speeds into view.