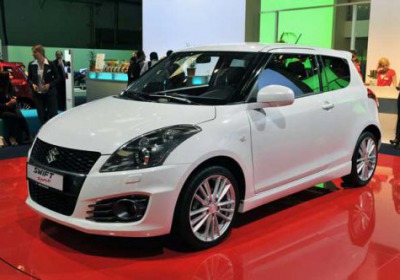 Way back in 2004, Volkswagen took umbrage with Suzuki being granted permission to use the nameplate "SWIFT GTi" for a performance variant of its small-car offering (2012 equivalent seen here). Now, eight years and surely some very steep legal bills later, VW has finally dropped its claim against Suzuki.

The General Court of the European Union stated, back in March of this year, that Suzuki's GTi registration could not be confused with VW's "Golf GTI." Volkswagen had appealed that ruling, though has now reportedly called off the dogs. In fact, Germany's Die Welt reports that the appeal has been dead for several weeks now.

This news comes amongst continued arbitration acrimony between the two automakers, all revolving around VW's forced divestiture of nearly 20-percent stake it purchased in Suzuki some two years ago.