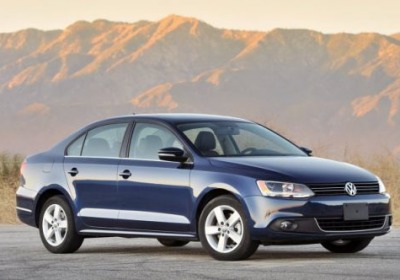 Getting a new diesel-powered car just got a bit easier. Volkswagen has announced a new Jetta TDI Value Edition for 2014 that trims over $2,000 off the starting price of a Jetta TDI, making the most affordable diesel-powered car in America even more so. Prices start at $21,295 (*plus $820 for destination) for a Value Edition with a six-speed manual transmission, while a six-speed dual-clutch automatic adds $1,100 to the price. For that money, owners will get 140 horsepower, 236 pound-feet of torque and 42 miles per gallon on the freeway.

Despite the lower price and being down on content versus the previous base Jetta TDI, the Value Edition does come quite well equipped, with standard heated cloth seats, a six-speaker stereo with a Media Device Interface, satellite radio, and one-touch, up-down power windows on all four doors. Customers will be giving up some notable stuff though, including tilt/telescopic steering, Bluetooth streaming audio, power seats and a multi-function steering wheel.

Still, if you're aching to get your hands on a new TDI, this is now the most affordable way to do it. We suspect having the lower MSRP will help the German manufacturer make even further diesel-powered inroads here in the States, a land where they cleared their decks of over 100,000 TDI models in 2013.

Besides announcing the new Value Edition, Volkswagen has announced that the Jetta has just been given a five-star overall crash test rating from the National Highway Traffic Safety Administration in its New Car Assessment Program. The NHTSA NCAP crash tests rate a vehicle's occupant protection based on front, side and rollover testing. Scroll down for an official press release detailing both NHTSA's crash test results and the announcement of the new Jetta TDI Value Edition.


Herndon, VA - Volkswagen of America, Inc. announced today that the 2014 Jetta has earned a 5-star Safety Rating from the government's New Car Assessment Program (NCAP). NCAP is part of the National Highway Traffic Safety Administration (NHTSA), which is affiliated with the U.S. Department of Transportation, and has provided consumers with vehicle safety information since 1978. The Jetta joins the Passat and the Beetle coupe as 2014 Volkswagen models that have an overall 5-Star Rating.

NCAP provides front, side, and rollover crash test ratings, all aimed at helping consumers in making their vehicle purchasing decisions. The rating results are relayed to consumers using an easily recognizable star rating system from one to five, with five being the best a vehicle can achieve.

"Volkswagen is delighted that the Jetta, our biggest-selling model, has earned the highest 5-star overall crash test rating from the government-providing further validation that Volkswagen produces some of the safest vehicles in the industry," said Marc Trahan, Executive Vice President Group Quality, Volkswagen Group of America, Inc. "Our vehicles have numerous safety technologies that work to help prevent collisions, and help protect occupants when an accident is unavoidable," added Trahan.

The Jetta recently received a number of changes for the 2014 model year, including the adoption of a new, 1.8-liter TSI® turbocharged and direct-injection EA888 engine for the volume models in the range, as well as an independent rear suspension in place of the previous torsion beam arrangement. Equipped with the available new engine and a six-speed automatic transmission, the Jetta 1.8T achieves an EPA estimated fuel economy figure of 36 mpg on the highway, an improvement of five mpg compared with the previous 2.5-liter engine. The new engine so impressed the editors at WardsAuto World magazine that it was named to the 2014 "Ward's 10 Best Engines" list.

About Volkswagen of America, Inc.
Founded in 1955, Volkswagen of America, Inc., an operating unit of Volkswagen Group of America, Inc. (VWoA) is headquartered in Herndon, Virginia. It is a subsidiary of Volkswagen AG, headquartered in Wolfsburg, Germany. VWoA's operations in the United States include research and development, parts and vehicle processing, parts distribution centers, sales, marketing and service offices, financial service centers, and its state-of-the-art manufacturing facility in Chattanooga, Tennessee. The Volkswagen Group is one of the world's largest producers of passenger cars and Europe's largest automaker. VWoA sells the Beetle, Beetle Convertible, Eos, Golf, GTI, Jetta, Jetta SportWagen, Passat, CC, Tiguan, and Touareg vehicles through approximately 630 independent U.S. dealers.

See also: Brazil contemplates safety exemption for VW Kombi as it goes out of production today [w/poll], Audi investing $30.3 billion through 2018 for product expansion, Volkswagen could outsell GM in China for the first time in nine years.