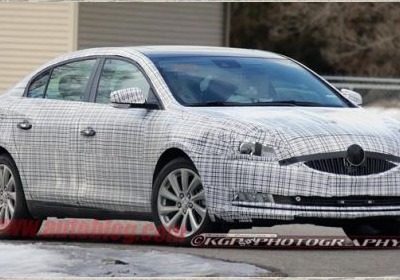 Judging by the spy shots we saw last week for the 2014 Buick LaCrosse and 2014 Buick Regal, we knew it wouldn't be much longer until we saw both sedans receive a grand debut. Today, Buick confirmed to Autoblog both cars will be introduced at the New York Auto Show next month, but no further information has yet been released about either model.

Having been on the market for an extra couple years, the changes to the LaCrosse appear to be more significant than those coming for the Regal, but both will be getting refreshed exterior designs as well as updated interiors. The Regal's new face brings it more in line with the all-new Encore and the restyled Enclave, while the LaCrosse should get a more distinctive, upscale appearance.

Both cars will be introduced exactly a month from today, and we'll be there to bring you all the coverage.