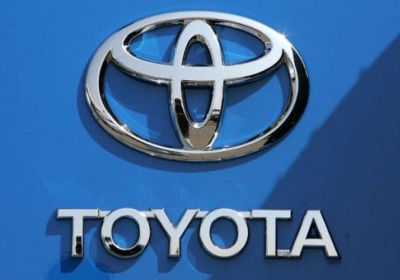 Toyota announced today that it has reached a settlement with the Attorneys General of 29 states and one US territory that will resolve their complaints relating to recalls performed by the automaker from 2005-2010, including those related to sticky accelerators and malfunctioning floor mats that may have contributed to cases of unintended acceleration.

The settlement includes a payout of $29 million to be divided among the states and US territory, as well as a commitment from Toyota "to take steps to make vehicle information more easily accessible to consumers to help them operate their vehicles safely and make more informed choices." The settlement also has Toyota continuing its rapid-response service teams and quality field offices that were put in place shortly after the largest of the recalls from 2010, as well as a "range of customer care amenities for owners of vehicles subject to certain recalls," though the press release below isn't specific about what those amenities might be.

This settlement marks the second major step in the last few months that Toyota has taken to settle legal disputes surrounding the unintended acceleration recalls, the first being a $1.4 billion settlement to address economic loss suffered by owners of current and past Toyota vehicles that may have lost value on account of these recalls.

NEW YORK, NY February 14, 2013 – Toyota Motor North America announced today that it has reached a settlement agreement with the Attorneys General of 29 states and one U.S. territory to resolve issues related to recalls conducted by the company from 2005 to 2010.

"Resolving this inquiry is another step we are taking to turn the page on legacy issues from Toyota's past recalls in a way that benefits our customers. Immediately after this inquiry was launched in 2010, Toyota began cooperating fully with the Attorneys General and implementing 'customer-first' initiatives to address their concerns and those of our customers. Today, we are pleased to have reached a cooperative agreement that reflects the commitment of Toyota's 37,000 North American team members to put customers first in everything we do."

In the agreement, Toyota has committed to take steps to make vehicle information more easily accessible to consumers to help them operate their vehicles safely and make more informed choices. Toyota also agreed to continue other customer-focused initiatives, including its rapid-response service teams, its expanded network of product quality field offices across the U.S., and a range of customer care amenities for owners of vehicles subject to certain recalls.

As part of this settlement, which the company announced the TMC Board had approved in December 2012, Toyota will pay $29 million, to be divided among the states and the territory participating in the agreement.