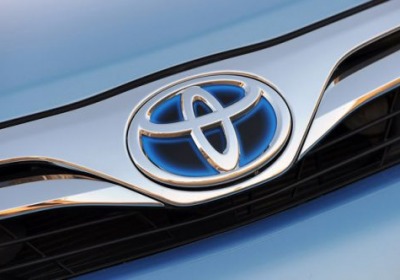 Toyota earned $9.3 billion in net income in the financial year that ends next month. The number beats earlier forecasts and marks a five-year high for the automaker, with both operating income and revenue up by 9.5 percent and 2.5 percent, respectively. Toyota saw quarterly profit enjoy a year-on-year jump of 23.4 percent, with the manufacturer earning more than $1 billion between October and December 2012. The good news comes in spite of the fact that the Japanese automaker actually endured an operating loss in North America, due in part to legal fees.

Toyota is set to pay more than $1 billion to owners who claim their vehicles decreased in value as a result of the company's recent spate of recalls. Even so, all three of the automaker's brands enjoyed a 13.5 percent sales increase in the US in the last quarter, beating the industry average. Toyota faltered in Europe, however, where it earned $99 million in operating profit last year, compared to $111 million in 2011. You can take a closer look at the company's full press release below for more information.

Commenting on the results, TMC Senior Managing Officer Takahiko Ijichi said: "Our
consolidated operating income for the period April through December 2012, 818.5 billion
yen, reflects our increased vehicle sales and the progress we are making with our profit
improvement activities-in spite of a currency exchange rate around the same level as
last year. We also managed to secure an unconsolidated operating income of 21.5
billion yen for the same period."

TMC also today revises its consolidated vehicles sales forecast for fiscal year 2013 from
8.750 million units to 8.850 million units, an increase of 100,000 units from the previous
forecast announced in November 2012, due to the increased overseas vehicle sales,
mostly in North America.

Commenting on the forecasts for fiscal year 2013, Ijichi said: "Given increased overseas
vehicle sales mostly in North America, progress in our companywide profit improvement
activities and the slight weakening of the yen, we have revised upwardly our consolidated
forecast for the current fiscal year to 1.15 trillion yen and also forecast a full-year profit on
an unconsolidated basis, our first in five years. We believe that our efforts have been
bearing fruit and that we are finally on the road to sustainable growth. We will continue
our efforts to build ever-better cars and to move forward in a steadfast manner."