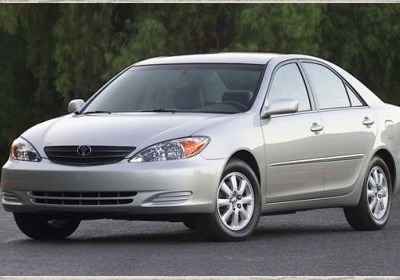 Toyota has already paid out millions and billions of dollars in settlements surrounding unintended acceleration, but the first lawsuit in the matter, which headed to a California court in July, has reached a verdict. Following the 2009 death of Noriko Uno, whose 2006 Camry was hit by another car and then sped out of control before crashing into a tree, the jury found that Toyota was not at fault in the crash.

Even though the 2006 Camry (shown above) wasn't involved in any of the unintended acceleration-related recalls and it was not equipped with a brake override, Automotive News reports that the jury's verdict says there was no defect in the car and actually blames the entire incident on the driver that ran into Uno's car – to the tune of $10 million. The accident started when the other driver ran a stop sign and hit Uno's car, and the report says that medical conditions (including diabetes) caused Uno to fail to stop her Camry.

The AN article also states that this lawsuit was a bellwether case for around 85 other personal-injury and wrongful-death suits against Toyota, but there are still many impending suits across the country. Scroll down for an official statement on this particular case from Toyota.

Toyota Wins Unintended Acceleration Bellwether Trial
TORRANCE, Calif., Oct. 10, 2013 -- Toyota today won an unintended acceleration case in Superior Court in Los Angeles, as a jury in the first bellwether trial in the Judicial Council Coordinated Proceeding (JCCP) rejected claims that a 2006 Camry involved in a fatal accident in 2009 was defective because it lacked a brake override system.

After deliberating for approximately four and a half days, a jury reached a defense verdict in favor of Toyota in a case brought by the family of Noriko Uno, who claimed that her accident would have been averted if her vehicle had been outfitted with brake override. The Uno case was selected as a bellwether by the Plaintiffs' Steering Committee in the JCCP.

Toyota said in a statement: "We sympathize with anyone in an accident involving one of our vehicles as well as the family and friends of Noriko Uno.

"Regarding the verdict, we are gratified that the jury concluded the design of the 2006 Camry did not contribute to this unfortunate accident, affirming the same conclusion we reached after more than three years of careful investigation – that there was nothing wrong with the vehicle at issue in this case. As an important bellwether in these consolidated state proceedings, we believe this verdict sets a significant benchmark by helping further confirm that Toyota vehicles are safe with or without brake override."