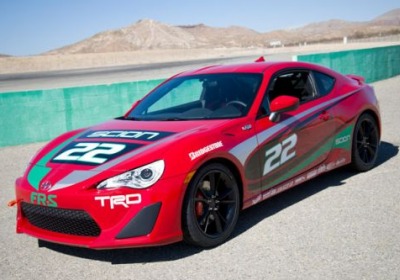 Toyota has been hosting its Pro/Celebrity race at the Toyota Grand Prix on Long Beach since 1977. The charity event, which has raised millions of dollars over the years, traditionally pits Hollywood celebrities against professional athletes (including race car drivers) on the full Grand Prix course in modified street vehicles. The short, sprint-style race is popular with the crowds as the amateur drivers race uninhibited – the result is an action-packed race with plenty of excitement and automotive... er... carnage.

Over the decades, the drivers have raced a variety of Toyota products including last year's front-wheel-drive Scion tC. But this year, Toyota announced at the Chicago Auto Show that the new rear-wheel-drive Scion FR-S would be stepping up to the plate. The good news only became better when Toyota Motorsports invited us out to Southern California's Willow Springs Raceway (the same circuit where the drivers train and practice) to be one of the first behind the wheel.