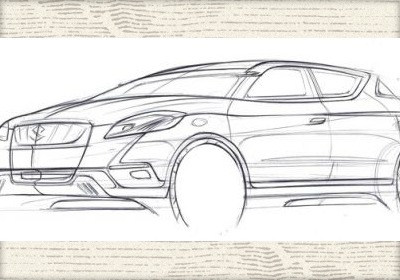 Despite having one heck of a lackluster presence here in the United States, Suzuki still manages to do well in other markets. That in mind, the automaker continually releases new products and concept cars at international auto shows that aren't destined for U.S. consumption, but this might not be one of those times.

The aging SX4 crossover is in need of replacement, and if Suzuki is still committed to selling passenger cars in the States, something fresh like this S-Cross concept could be just the ticket. Suzuki has, after all, confirmed that the S-Cross will eventually make its way into production.

We have no other details to divulge about the S-Cross, except that it's a small crossover concept and that it will make its public debut at the Paris Motor Show in September. Suzuki says that the S-Cross has a "Emotion x Quality x Aerodynamics" design theme that uses "distinctive dynamic lines that start on the front bumper, sweep across the doors, and continue to the rear of the body." No offense, Suzuki, but we've heard that before.

Still, we're looking forward to seeing the compact crossover in Paris, and we'll have more details sometime next month. For now, scroll down to read the brief press release and check out a pair of teaser shots in the gallery below.

The S-Cross, a concept car heralding a C-segment crossover model from Suzuki will be making its world debut at the 2012 Paris Motor Show from 27 September to 14 October*.

Suzuki's crossover concept S-Cross embodies an "Emotion x Quality x Aerodynamics" design theme, which is typified by distinctive dynamic lines that start on the front bumper, sweep across the doors, and continue to the rear of the body. Design elements which suggest stability and solidity also help create a cutting-edge crossover look.

Further information about the S-Cross and other Suzuki activities can be obtained at the Suzuki Press Conference, scheduled for 7.30 a.m. on 27 September in Hall 5.2 – Aisle B – Stand 509.

*The 2012 Paris Motor Show will be open to the press on 27 and 28 September and then to the general public from 29 September to 14 October.