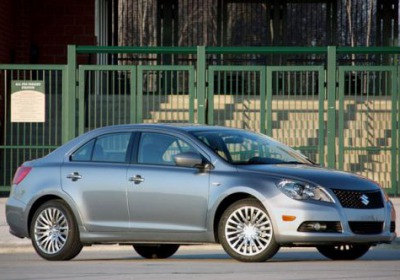 It's pretty much a done-deal now, folks. A US bankruptcy judge has approved Suzuki's plans to wind down its operations in the States. As part of Suzuki's Chapter 11 proceedings, its automotive unit will cease to exist in the US, leaving the motorcycle, ATV and marine units to function as Suzuki Motor of America.

It's not clear how many vehicles are left on the 219 remaining Suzuki dealership lots – the company reported sales of 1,764 in February – but the automaker has assured customers that warranty service and parts will remain available. Suzuki made an investment of $45 million to ensure its past and current customers aren't completely left in repair-work limbo.

Check out the complete announcement from Suzuki below for more information, and please join us in mourning the loss of the Kizashi sedan and SX4 hatch, two vehicles we are legitimately going to miss when this whole sordid affair is done and over with.

BREA, Calif.--(BUSINESS WIRE)--American Suzuki Motor Corporation (the "Company") today announced that the Honorable Scott C. Clarkson of the U.S. Bankruptcy Court for the Central District of California in Santa Ana approved the confirmation of the Company's Chapter 11 Plan, which creditors overwhelmingly accepted. Confirmation of the Plan clears the way for the Company to complete its restructuring process, which is expected to occur on March 31, 2013.

As previously announced, the Plan approved the Company's sale of its Motorcycles/ATV and Marine divisions and Automotive parts and service operation to a newly organized, wholly-owned subsidiary of Suzuki Motor Corporation. The subsidiary will operate in the continental U.S. as Suzuki Motor of America, Inc. and will use the Suzuki products brand name

"Today's confirmation is a significant milestone and is one of the last remaining steps in our realignment and restructuring process," said M. Freddie Reiss, the Company's Chief Restructuring Officer. "During the next few weeks, we will take final steps to implement the Plan, which will allow the Company to sell its Motorcycles/ATV, Marine, Automotive parts and service divisions. This will promote the long-term growth of the Motorcycles/ATV and Marine divisions, as well as providing automotive parts and service through the dealer network."

A copy of the Plan is available at www.omnimgt.com. Additional information regarding Company's business realignment can be found at the following website, www.suzuki.com, or via an information hotline at 1-877-465-4819.

See also: Suzuki teases production C-segment crossover, could it have saved them in US?, This is the facelifted Suzuki SX4 that we won't get, IIHS says these are the safest cars of 2013.