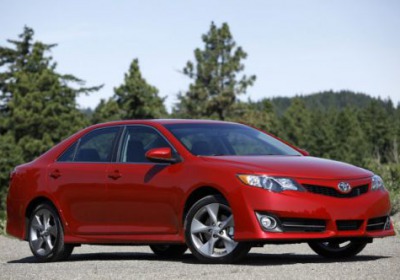 Subaru may be set to end production of the Toyota Camry at its Lafayette, IN facility by 2017, according to a report from the Louisville Journal-Courier and a CBS affiliate in Columbia, South Carolina. Speaking to the plant's Executive Vice President Tom Easterday, the whole affair sounds like a done deal.

"Based on changes in Toyota's production plans, they have decided that the award-winning Camry production contract will not be renewed," Easterday said. Easterday was quick to emphasize that just because Camry production would end, doesn't mean jobs will be lost. "There will be no loss of jobs at SIA as a result of this," he said, before adding that the loss of Camry production will have no impact Subaru's $400 million investment to ready the plant for Impreza production in 2016. That said, adding a promised 900 jobs may take longer than originally planned, as Camry production staff are set to be retrained on Subaru production.

SIA currently has the capacity to produce 100,000 Camrys per year, and began production of the family sedan in 2007 alongside production of the Subaru Outback, Legacy and eventually, the soon-to-be-discontinued Tribeca.

We spoke via email with Toyota spokesperson Curt McAllister, who said, "We are not in position to discuss production plans at this time." Subaru has not responded as of this writing, but we'll update this post as soon we hear something.