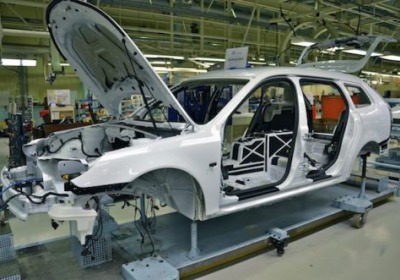 We knew that National Electric Vehicle Sweden planned to restart production of the last-gen Saab 9-3 at some point in the future, we just didn't know exactly when, or exactly where. As it turns out, the answers to those questions are soon, and China.

Though NEVS had initially said it will build vehicles in Sweden before shipping them to China, the latest report from Autocar suggests that the cars will instead be built right in Quingdao starting later in 2013. That's right, this calendar year. Also on the docket is a followup electric version of the 9-3, which is slated to come to market in 2014 in an effort to satiate China's wish that there be half a million EVs silently filling its streets within the next two years.

NEVS wants to be part of the EV solution, but it's not going to be easy. Naturally, if these cars are to be built in China, a factory has to be located or built, tooling needs to be in place, workers need to be hired and trained and a lengthy trail of paperwork has to be signed off by the government before even the well-known gasoline-powered 9-3 can be a reality, let along the unknown quantity that is the 9-3 ePower.

*UPDATE: We were contacted by the brains behind saabsunited.com, who claims production will indeed be in Trollhättan, Sweden, as previously reported. Cars will be exported to China until maximum capacity is reached, at which point, possibly by 2015, production in China will begin in earnest. This version of the story makes much more sense...