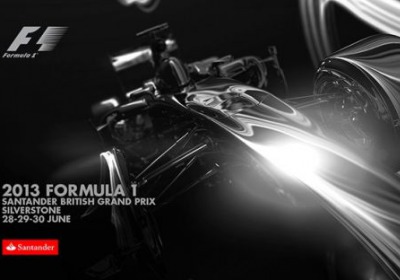 Just like at Silverstone last weekend, the German Formula One Grand Prix started with Lewis Hamilton putting his Mercedes-AMG Petronas on pole. The only thing missing at the pointy end of the grid was his teammate Nico Rosberg, who lined up beside him in England but back in 11th in Germany because of a team error in qualifying. So instead it was Vettel in the first Infiniti Red Bull in second, his teammate Mark Webber in third, the Lotus duo of Kimi Räikkönen and Romain Grosjean.

Again, just like at Silverstone – and Canada – Daniel Ricciardo used his magic beans to impress with the Toro Rosso, lining up in sixth, followed by Felipe Massa in the first Ferrari, Fernando Alonso in the second. Jenson Button in the McLaren, Nico Hülkenberg finished up the top ten.

When the lights went green, it didn't take long for the race to become a black-and-blue affair...

Hamilton got swamped by both Infiniti Red Bulls before the first corner, and from that point he was primarily racing his tires. Either the new construction or the track layout took the Mercedes back to the days before its Barcelona test, Hamilton getting on the radio to tell his team things like "These tires are not holding together very well" and "These guys are on different tires to me" when he couldn't keep up with the leaders.

And for a brief moment he had to race his teammate, when after the first round of pit stops Rosberg wouldn't let him by for two laps even though he was clearly faster. Hamilton and Rosberg are friends off the track, but that didn't stop Hamilton from radioing, "Nico is not in the same race." Hamilton would finish in fifth, one position behind his finish at Silverstone. Rosberg would climb two places to finish ninth, getting both Mercedes' in the points but taking a bit of burnish off the Silver Arrows. After the race, Hamilton would say about the new tires, "We just have to keep pushing forward and pray and hope that when [Pirelli brings] the new batch of tires they work on our car."

Webber, who got a great start and was in second place before the first round of pit stops, must have felt good about his chances for the win as he kept himself within a second of Vettel. However, the nest of vipers that continues to poison all of his good fortune bit again on his first pit stop when his right rear tire wasn't affixed properly. As soon as he pulled off the tire flew off the car, bouncing into a cameraman who was sent to the hospital with a fractured collarbone and cracked ribs. Webber's car was rolled back to its box and a new wheel put on, but he was a lap down when he rejoined. He would unlap himself later on and finish seventh.

Even with all that his race didn't go as poorly as Massa's. The second Ferrari driver spun out of the race on Lap 3, citing his own error.

After the first stops the race was the fizzy drink against the flower, as Grosjean put the heat on Vettel and his teammate Räikkönen with some terrific pace. Grosjean had said he was faster than Räikkönen during the first stint and proved it with fastest laps even while he made his soft tires last almost twice as long as anyone else. Grosjean was chasing down Vettel and Räikkönen, who'd got around Hamilton on Lap 18 to take third place, was about a dozen seconds back but waiting for either one of them to make a mistake.

It was actually Jules Bianchi in the Marussia who blinked first. The Cosworth in the back of the Russian car blew up into a fireball on the back straight on Lap 25. Bianchi jumped out without having put the car in gear and it rolled backward across the track. That brought out the Safety Car for five laps, bunching the front three up and allowing Webber to get back on the lead lap.

With half the race to run the Safety Car peeled off and Grosjean was back at it with Vettel, getting to within a second of the Infiniti Red Bull but unable to pass even though Vettel had a KERS problem. Including Alonso, who'd come up to fourth place by then, the first four runners were only 2.6 seconds apart. Lotus then changed strategy, bringing Grosjean in early for another set of medium tires on Lap 41 with 19 laps to run. Red Bull brought Vettel in on the next lap, and that put Räikkönen in the lead.

On Lap 47 Räikkönen was still 15 seconds ahead of a charging Vettel but losing about a second a lap, and it wasn't clear if he was going to stay out. Remember, last weekend the Finn was left to run on old tires and lost a certain second place to finish fifth. This time it would be different, Lotus bringing him in for a set of soft tires on Lap 50, with just ten laps to run. On Lap 51 he was four second behind first-placed Vettel, on a set of sticky tires that were ten laps newer than Vettel's mediums.

Räikkönen began taking anywhere from half a second to a full second out of Vettel per lap, held up only once by his teammate, Grosjean, who took about a full lap and a repeated radio order to let Räikkönen by. He was one second behind Vettel on the last lap, and couldn't get any closer before the checkered flag.

The first three places were earned by Vettel, Räikkönen and Grosjean. Alonso would get fourth, after some late action with Hamilton that went on for three laps, and a late closing run on Grosjean that ran out of time. The fourth spot was the maximum he said he could achieve after qualifying eighth and having a car that just couldn't challenge the top runners, but his 15-point advance on Vettel in Silverstone turned into a 13-point deficit in Germany.

He was followed by Hamilton, who got by Button the very last lap, then Webber, who got around McLaren driver Sergio Perez to take seventh place also on the last lap, then Rosberg, then Hülkenberg in tenth. Ricciardo couldn't convert his qualifying promise, finishing outside the points this time in 12 th place.

The win gives Vettel, who just turned 26 last week, his 30th victory, his first at his home grand prix and more of a gap to his closest rival. He's got 157 points now, to Alonso's 123 points and Räikkönen's 116. They are the only three drivers in triple digits; Hamilton sits in fourth in the Driver's Championship with 99 points.

Infiniti Red Bull also took a chunk of points from its rivals in the Constructor's Championship: it has 250, with Mercedes in second at 183, the practically one-car team of Ferrari somehow in third with 180 points, and Lotus taking a big leap ahead and getting to 157 points.

The high-downforce Hungarian Grand Prix in three weeks will be the last chance for any title contenders to get their campaigns aright before the summer break in August. We'll see you then.