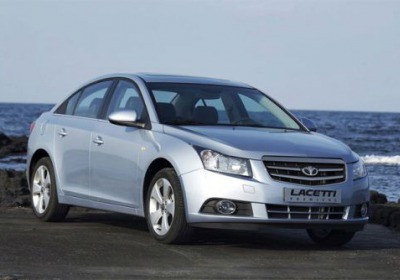 GM Daewoo has four shareholders: GM, Korea Development Bank, Suzuki Motor Corporation, and Shanghai Automotive Industry Corporation. When GM Daewoo put out a rights issue, only one of the four took the bite: GM, which made it rain to the tune of $412 million and raised its stake from 50.9% to 70.1%.

Neither GM's move nor the non-interest of at least two other parties is surprising. SAIC is still gun shy about certain investments after the Ssangyong debacle, while Suzuki is more concerned with being courted by VW and the Kizashi's fate in the U.S. right now. It is GM that has every reason to strengthen its ties in Asia; after all, The General sold more cars in China last month than it did at home -- and with GM Daewoo.

Daewoo engineers small cars for GM, like Chevrolet's crucial acid test known as the Cruze, and last year, all told, GM Daewoo sold 1.9 million units. The financial infusion will be used for debts and to help the company's liquidity position.