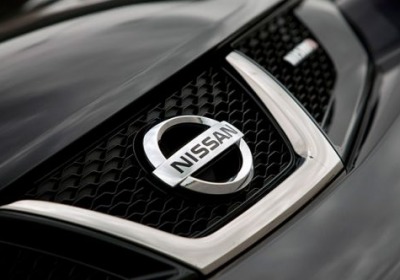 The news for Nissan is good when it comes to the company's results for the 2012 financial year that ended on March 31. Even though the numbers were down in many of the world's major markets, increased sales in the US, Brazil and the Middle East, ten new models and a strong fourth quarter allowed Nissan to hit its target for the year and notch record sales of 4.914 million units globally. On net revenue of $116 billion, Nissan posted net income of $4.13 billion and an operating profit of $6.31 billion.

There are upward-looking projections for this year, Nissan forecasting a 7.8-percent jump in sales to 5.3 million units, with $117.89 billion in net revenue and $4.42 billion in net income. That net revenue number probably won't actually match what's reported next year, though, because Nissan is changing its accounting method and won't include revenue and operating profit results from its joint venture with China's Dongfeng. Net income doesn't change under the new method, but the adjusted net revenue forecast is $109.16 billion.

There's a press release and two videos below with more details for those of you who go gaga for annual reports.

Today, Nissan filed the following results with the Tokyo Stock Exchange, based on foreign exchange rates of JPY 82.9/USD and JPY 106.8/EUR, the average rates for the fiscal year ending March 31, 2013:

In FY2012, global sales reached a record-high of 4.914 million units, up 1.4% over FY2011. Ten new models were launched to global markets, including the new Altima in the United States; Sylphy in China; and the Note in Japan.

Carlos Ghosn, Nissan President and Chief Executive Officer, said: "Fiscal 2012 was marked by both successes and challenges for Nissan. We ended the year with a sound balance sheet, record global sales, an improved brand, and an expanded presence in critical growth markets. Equally important, we have taken countermeasures that will enable us to navigate the headwinds that lie ahead and resume significant growth. As we enter the third year of the Nissan Power 88 mid-term plan, I am confident we have the right strategy in place to deliver on our business objectives."

Looking at sales performance in global markets, sales in the US were up 5.4% to 1.14 million units. Sales volume in China, where sales of Japanese brands have been impacted by the island dispute, declined 5.3% year-on-year to 1.18 million vehicles. Across Europe including Russia, sales were 660,000 units, falling 7.5%. In Japan, sales were down 1.3% to 647,000 units. Strong results were reported in other markets, including Thailand, Brazil, and the Middle East; sales totalled 959,000 units, up 16.3% over the prior year.

Nissan solidified its position as the leading automaker for electric vehicles and zero-emission mobility during the fiscal year. More than 62,000 Nissan LEAF units have been sold worldwide since the product's launch. During 2012, Nissan launched production in the U.S. and the U.K. to increase the ability to grow global sales.

FY2013 Outlook
The global sales forecast for fiscal year 2013 is 5.3 million units, an increase of 7.8%. Nissan plans to launch several new vehicles during fiscal 2013; among them will be the first new model of the Datsun brand.

Based on this sales outlook and an exchange rate of JPY 95/USD and JPY 122/EUR, the following is Nissan's pro forma outlook for the fiscal year ending March 31, 2014:

Due to changes in reporting standards, Nissan will use different methodology to account for its financial results from fiscal 2013 onward. Specifically, Nissan will shift to the Equity Method accounting procedures starting in fiscal 2013 for the joint venture between Nissan and Dongfeng in China. Though net income reporting will remain unchanged under the new accounting method, henceforward income statements will no longer include Dongfeng-Nissan's results in revenues and operating profit.

Based on the new reporting method, Nissan today filed the following forecasts with the Tokyo Stock Exchange, based on foreign exchange rates of JPY 95/USD and JPY 122/EUR, for the fiscal year ending March 31, 2014:

About Nissan Motor Co.
Nissan Motor Co., Ltd., Japan's second-largest automotive company, is headquartered in Yokohama, Japan, and is part of the Renault-Nissan Alliance. Operating with more than 267,000 employees globally, Nissan sold more than 4.9 million vehicles and generated revenue of 9.6 trillion yen (USD 116.16 billion) in fiscal 2012. Nissan delivers a comprehensive range of over 60 models under the Nissan and Infiniti brands. In 2010, Nissan introduced the Nissan LEAF, and continues to lead in zero-emission mobility. The LEAF, the first mass-market, pure-electric vehicle launched globally, is now the best-selling EV in history.